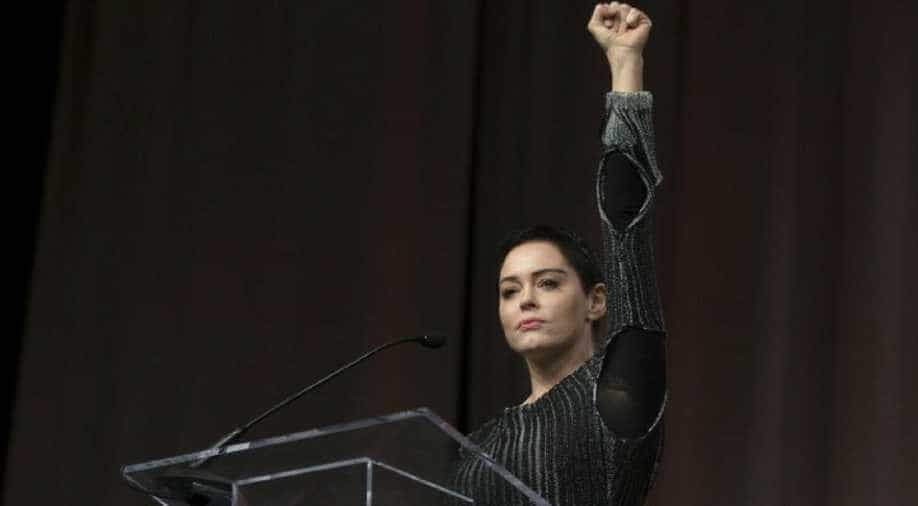 On December 14 it was reported that during the Golden Globes on January 7, actresses, including nominees and presenters, were planning to wear black to protest gender inequality Photograph:( Reuters )

The actress took to Twitter on Saturday, writing, "Actresses, like Meryl Streep, who happily worked for The Pig Monster, are wearing black @GoldenGlobes in a silent protest. YOUR SILENCE is THE problem. You’ll accept a fake award breathlessly & affect no real change. I despise your hypocrisy. Maybe you should all wear Marchesa." Marchesa, a womenswear company, was founded by Georgina Chapman, Harvey Weinstein's ex-wife. Weinstein himself is presumably the "Pig Monster" in McGowan's tweet.

On Dec. 14 it was reported that during the Golden Globes on January 7, actresses, including nominees and presenters, were planning to wear black to protest gender inequality and to acknowledge the flood of sexual abuse allegations that have rocked Hollywood beginning with Weinstein. This follows on the heels of the announcement Wednesday that all the presenters at the Jan. 21 Screen Actors Guild Awards will be female.

Following the initial accusations levied against Weinstein in October, Streep — who once referred to Weinstein as "God" in an acceptance speech and previously collaborated with him on films like August: Osage County and The Iron Lady, the latter for which she won an Oscar — said she was "appalled" by his alleged misconduct and also added that "not everybody knew."

McGowan has previously called out Streep by name on Twitter. In response to Streep's comments about Weinstein that his actions were "the most gargantuan example of disrespect" in early December, Rose tweeted, "No, Meryl, IT’S A FUCKING CRIME. You are such a lie."