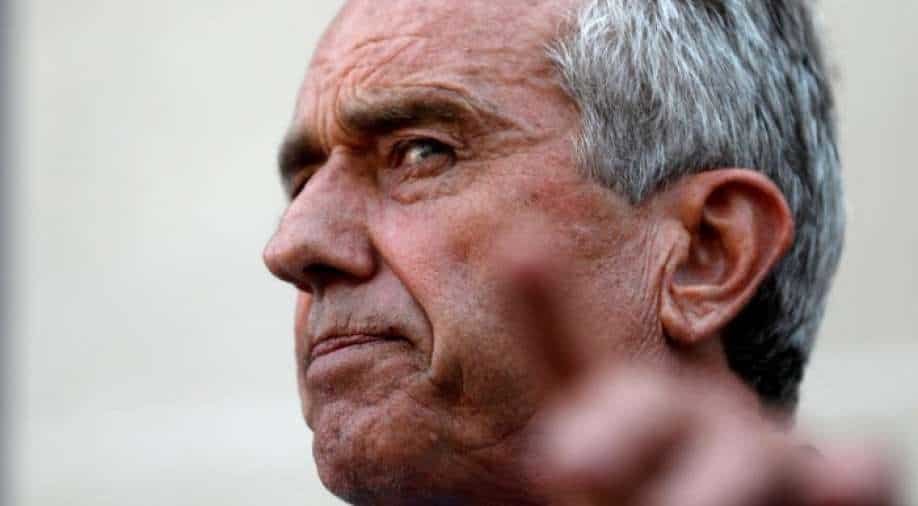 Kennedy, the son of the former senator and U.S. Attorney General Robert F. Kennedy, worked for decades as an environmental lawyer but is now better known as an anti-vaccine crusader.

Instagram took down the account of Robert F. Kennedy Jr., the political scion and prominent anti-vaccine activist, on Wednesday over false information related to the coronavirus.

Kennedy, the son of the former senator and U.S. Attorney General Robert F. Kennedy, worked for decades as an environmental lawyer but is now better known as an anti-vaccine crusader. A 2019 study found that two groups including his nonprofit, now called Children’s Health Defense, had funded more than half of Facebook advertisements spreading misinformation about vaccines.

He has found an even broader audience during the pandemic on platforms like Instagram, where he had 800,000 followers. Though Kennedy has said he is not opposed to vaccines as long as they are safe, he regularly endorses discredited links between vaccines and autism and has argued that it is safer to contract the coronavirus than to be inoculated against it.

Facebook is becoming more aggressive in its efforts to stamp out vaccine misinformation, saying this week that it would remove posts with erroneous claims about the coronavirus, coronavirus vaccines and vaccines in general, whether they are paid advertisements or user-generated posts. In addition to Kennedy’s Instagram account, the company said it had removed eight other Instagram accounts and Facebook pages on Wednesday under its updated policies.

They did not include Kennedy’s Facebook page, which was still active as of early Thursday and makes many of the same baseless claims to more than 300,000 followers. The company that said it did not automatically disable accounts across its platforms and that there were no plans to take down Kennedy’s Facebook account “at this time.”

Children’s Health Defense did not immediately respond to a request for comment.

Members of Kennedy’s family have spoken out against his anti-vaccine efforts, including a brother, sister and niece who accused him of spreading “dangerous misinformation” in a column they wrote for Politico in 2019. Another niece, Kerry Kennedy Meltzer, a doctor at NewYork-Presbyterian Hospital/Weill Cornell Medical Center, wrote an opinion essay in The New York Times in December challenging his claims.

“I love my uncle Bobby,” she wrote. “I admire him for many reasons, chief among them his decades-long fight for a cleaner environment. But when it comes to vaccines, he is wrong.”