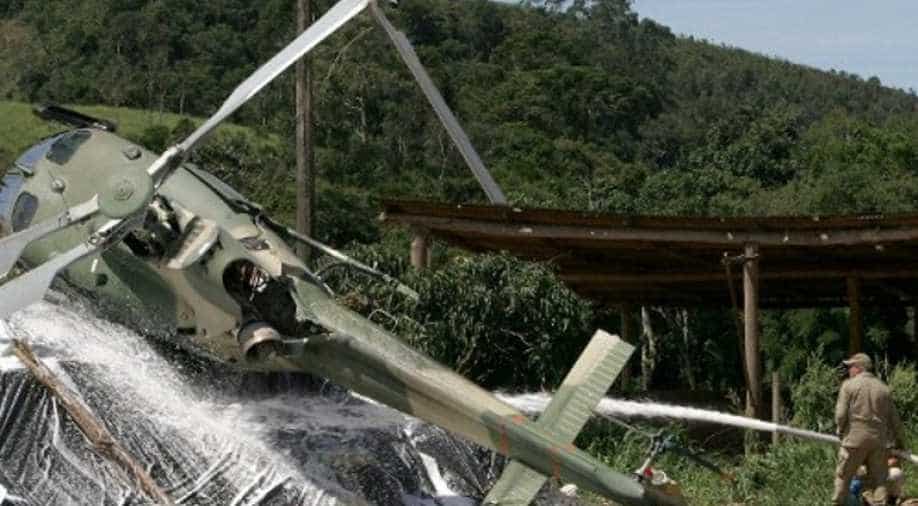 In one video clip published by the Brazilian news site UOL, sustained gunfire can be heard just before the copter falls. ? Photograph:( AFP )

The chopper was aiding a police operation against drug gangs in the favela.

Video shot by witnesses suggested the chopper might have been shot down by a gang or gangs.

In one of the videos, the helicopter can be seen spinning out of control as it plummets from the sky. The video was broadcast by Brazilian media.

In another clip published by Brazilian news site UOL, sustained gunfire can be heard just before the copter falls.

Clashes between police and criminal gangs operating in the favela occurred in the morning and again in the afternoon when alleged drug traffickers blocked a street and set garbage and tires on fire, sources from the Police Pacification Unit told a Brazilian newspaper, AFP reported.