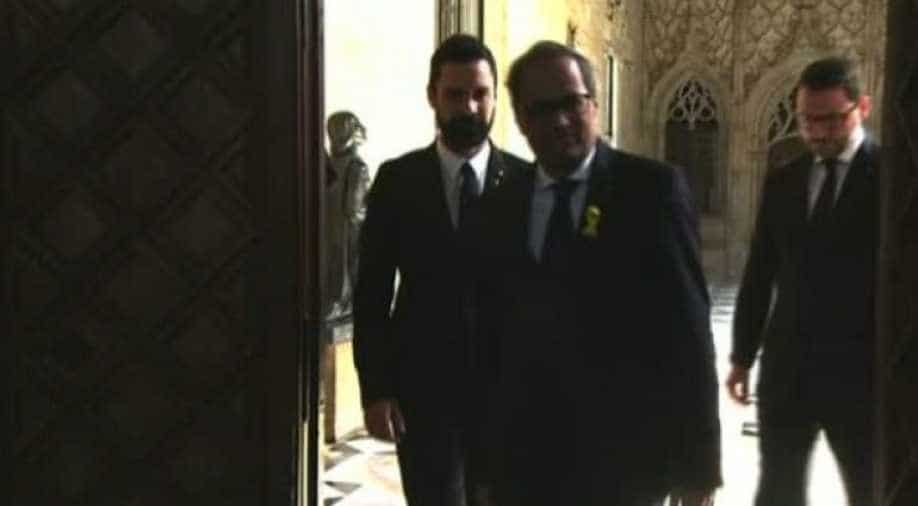 His election was made possible by the abstention of the pro-independence, anti-capitalist party CUP

New Catalan leader Quim Torra on Thursday (May 17) was sworn in as Catalonia's new leader bringing an end to seven months of direct rule from Madrid but heralding more political uncertainty as the hard-line separatist continues his fight to split from Spain.

The Catalan parliament voted in Torra on Monday (May 14) by 66 votes to 65 amid accusations of xenophobia from opposition pro-unity parties who reminded the new leader of past tweets and articles where he refers to Spaniards in a negative light, leading Torra to apologise in parliament.

His election was made possible by the abstention of the pro-independence, anti-capitalist party CUP.

Under the terms of the legislation, Madrid will lift its intervention once the Catalan government is fully formed and members of cabinet named.