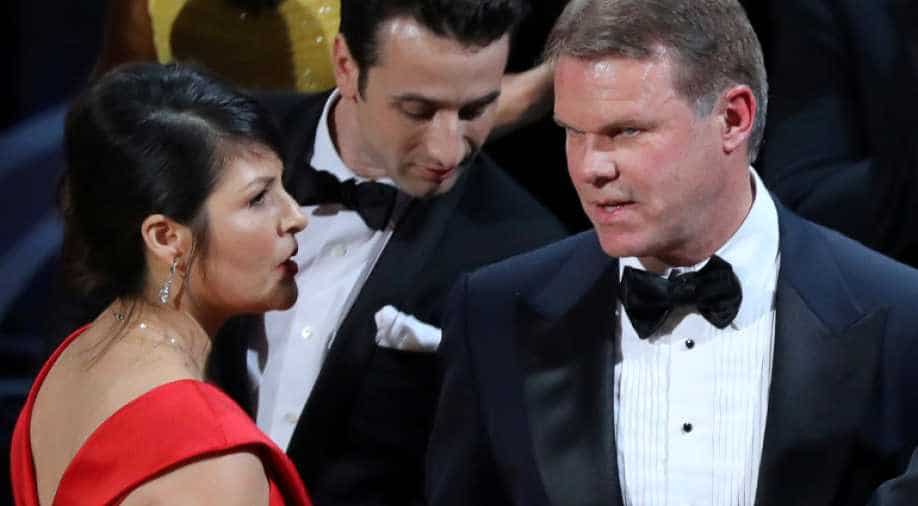 PwC had earlier taken full responsibility for the gaffe that stunned the Dolby Theatre crowd in Hollywood and a television audience worldwide. Photograph:( Reuters )

The organisers of the Academy Awards said on Wednesday that the two PricewaterhouseCoopers (PwC) accountants behind the mix-up that saw "La La Land" incorrectly named best picture before "Moonlight" was declared the real winner, will not work the Oscars ceremony again.

No decision has been announced by the organisation on whether it will continue its partnership with PwC, which has handled the Oscar tabulation process for 83 years.

A PwC spokesman said Wednesday that Cullinan and Ruiz were still employed as partners at the accounting firm.

PwC had earlier taken full responsibility for the gaffe that stunned the Dolby Theatre crowd in Hollywood and a television audience worldwide.

The onstage blunder was not rectified until the "La La Land" cast and producers were on stage giving their acceptance speeches caught the mistake and announced "Moonlight" as the real winners. The mishap was unprecedented for the usually meticulously choreographed ceremony and stole the spotlight from the winners.

PwC said Cullinan had mistakenly handed presenters Warren Beatty and Faye Dunaway, who were announcing the best picture winner, the backup envelope for Actress in a Leading Role instead of the envelope for Best Picture.

"Once the error occurred, protocols for correcting it were not followed through quickly enough by Mr Cullinan or his partner," the accounting firm said in a statement.

Cullinan had posted a now-deleted backstage photo of actress Emma Stone after she won her best actress Oscar on Twitter minutes before the mix-up.

A day after the incident, the Academy and apologised to all affected, including presenters Beatty and Dunaway, and said it will "determine what actions are appropriate going forward."