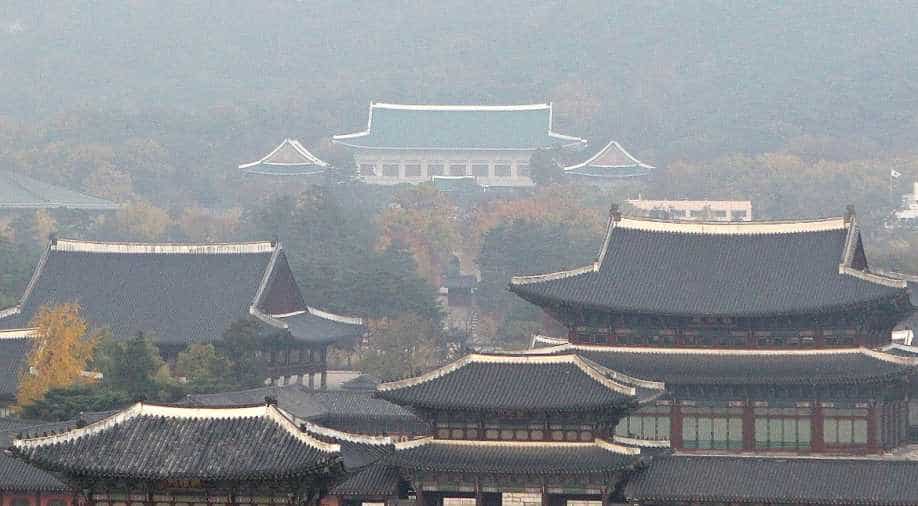 A presidential spokesman said the Blue House was profoundly opposed to the search but was willing to present documents and other materials prosecutors wanted to look over. Photograph:( Getty )

It was the first time investigators had sought to search the top security complex for evidence since Park was impeached by parliament in December over the influence-peddling and power abuse scandal.

A platoon of prosecutors wielding a court search warrant and their assistants were immediately stopped by security guards as they tried to enter the premises.

They have no legal means to enforce the search at the Blue House unless allowed in by the president, as the complex is considered a top military security zone, South Korea's Yonhap news agency said.

A presidential spokesman said the Blue House was profoundly opposed to the search but was willing to present documents and other materials prosecutors wanted to look over.

Negotiations were continuing hours after the prosecution team arrived.

Park is accused of colluding with a longtime friend, Choi Soon-Sil, to strong-arm donations worth tens of millions of dollars from top firms to dubious foundations controlled by Choi.

The president is also accused of using her influence to ensure the merger of two Samsung units in 2015 to help facilitate a father-to-son power succession of Samsung`s founding family, allegedly in return for bribes given to Choi.

The prosecutors' action comes as prosecutors plan to interrogate Park face-to-face next week.

The Constitutional Court has until June to decide whether to approve the impeachment, in which case new elections must be held within 60 days, or reinstate her.