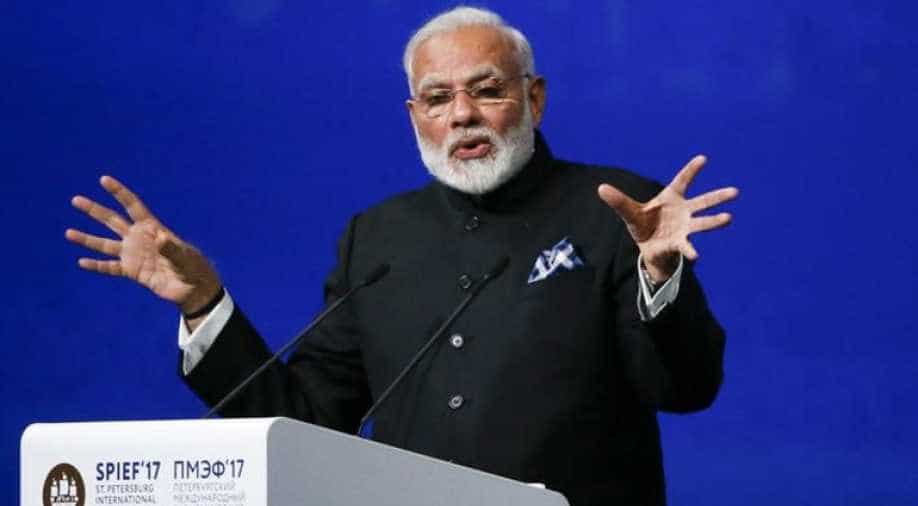 Indian Prime Minister Narendra Modi on Friday categorically said that New Delhi remains committed to the Paris Climate Accord, adding it is relying heavily on traditional energy sources so that the future generations are able to breathe fresh and live a harmonious life.

"We cannot exploit the nature. When I was in Germany I had said that Paris or no Paris. We have this conviction. We should leave earth for our future generation so that they can live a harmonious life and be able to breathe fresh air," Prime Minster Modi said at the St Petersburg International Economic Forum.

When his comments were sought on the US decision to withdraw from the climate deal, where President Donald Trump alleged that the agreement gave better deal to the world's highly polluting countries like India, Prime Minister Modi said, "Don`t think I will take sides on this subject, but would rather take side of our future generation."

Prime Minister Modi further said that India is a responsible nation and seriously considers climate change a threat. He said large investments are being made in traditional energy sources.

"The exploitation of nature is a crime. Instead of relying on traditional energy sources, we are increasingly relying on renewable energy. We have set 175 GW target," he said.

"India makes its participation contingent on receiving billions of dollars in foreign aid," he said.

"As of today, the US will cease all implementation of the non-binding Paris accord, and the draconian financial and economic burdens the agreement imposes on our country," he said in an address in the White House Rose Garden.

He said the US will begin negotiations to re-enter the Paris Agreement on terms that are fair to the United States.

"We will be environmentally friendly, but we`re not going to put our businesses out of work... We`re going to grow rapidly," Trump said.