Saudis agree to 'thorough' probe into journalist's disappearance, says US 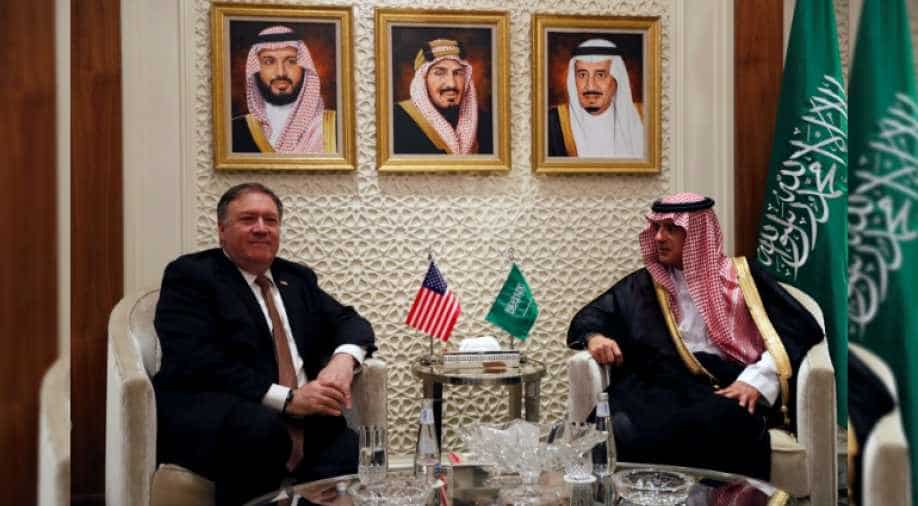 'The secretary reiterated US concern over Jamal Khashoggi’s disappearance' in his meeting with the foreign minister, the US State Department said.

The US on Tuesday said that Saudis have agreed to 'thorough' probe needed into journalist's disappearance.

Heather Nauert made the statement following a meeting between US Secretary of State Mike Pompeo and Saudi Foreign Minister Adel al-Jubeir to discuss the case of the missing Saudi journalist, who was last seen on October 2 entering his country's consulate in Istanbul.

US Secretary of State Mike Pompeo on Tuesday expressed concern about the disappearance of dissident Saudi journalist Jamal Khashoggi during a meeting in Riyadh with the country's foreign minister and thanked Saudi King Salman for his commitment to investigating it, the State Department said.

Pompeo met with both King Salman and Foreign Minister Ahmed al-Jubeir. "The secretary reiterated US concern over Jamal Khashoggi’s disappearance" in his meeting with the foreign minister, State Department Heather Nauert said in a statement.

Foreign Minister Mevlut Cavusoglu said on Tuesday that Turkey had "not received a confession" from Saudi Arabia regarding the disappearance of journalist Jamal Khashoggi after he visited its consulate in Istanbul two weeks ago.