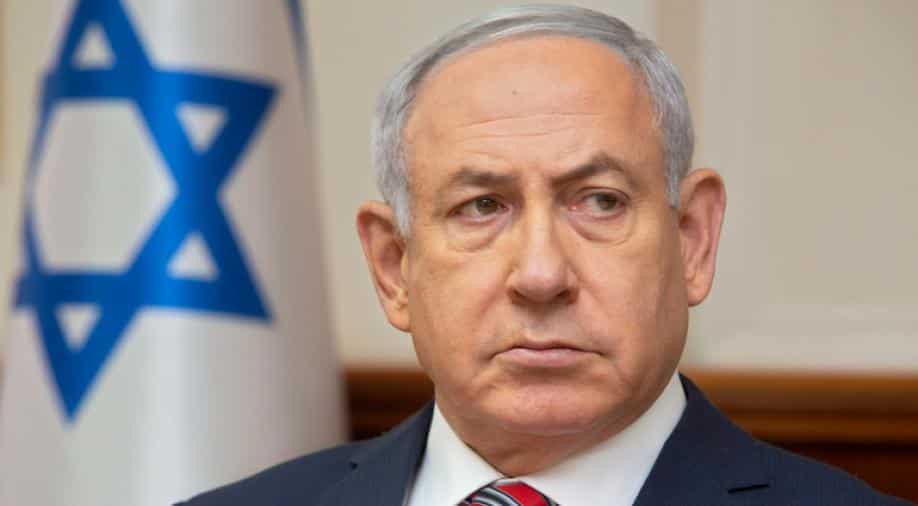 Benjamin Netanyahu has repeatedly warned that Iran is trying to develop nuclear weapons to destroy his country.

That evaluation, he told Brazil's Globo TV during a visit to Rio, has caused "a revolution in relations with the Arab world."

The comments came as Israel has stepped up air strikes on Iranian positions in neighbouring Syria, and as Israel digested an abrupt decision by President Donald Trump to withdraw US troops from Syria.

Netanyahu has repeatedly warned that Iran is trying to develop nuclear weapons to destroy his country.

Israel, he said, had shown itself to be active in battling "radical Islam, violent Islam — either the one led by radical Shiites led by Iran or the one led by the radical Sunnis led by Daesh (IS) and Al-Qaeda."

"Unfortunately we have not made any advance with the Palestinians. Half of them are already under the gun of Iran and of radical Islam," Netanyahu added.

Asked if he could ever contemplate sitting down with an Iranian leader to talk peace, Netanyahu replied: "If Iran remains committed to our destruction the answer is no."

The only way, he said, would be "if Iran undergoes a total transformation."

On the sidelines of the ceremony, Netanyahu was to hold talks with US Secretary of State Mike Pompeo, who is also among the visiting dignitaries.

They were expected to discuss the US troop pullout from Syria and Iranian activities in the Middle East.