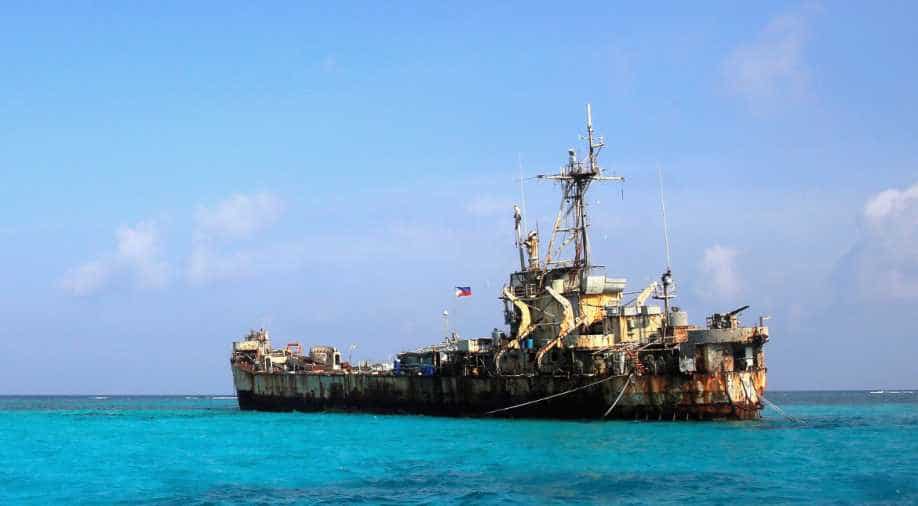 The Philippines had earlier filed a legal challenge with the UN-backed tribunal contesting China's claims to nearly all of the strategically vital sea. Photograph:( Getty )

Follow Us
The Philippines is willing to share natural resources with Beijing in contested South China Sea areas even if it wins a legal challenge next week, foreign secretary Perfecto Yasay said today.

"We can even have the objective of seeing how we can jointly explore this territory. How we can utilise and benefit mutually from the utilisation of the resources in this exclusive economic zone where claims are overlapping," Yasay said in an interview.

The Philippines, under Benigno Aquino's previous administration, filed a legal challenge with a UN-backed tribunal in The Hague contesting China's claims to nearly all of the strategically vital sea.

China's claims reach almost to the coasts of the Philippines and some other Southeast Asian nations, and it has in recent years built giant artificial islands in the contested areas to enforce what it says are its indisputable sovereign rights.

The Philippines' case enraged China, which repeatedly vowed to ignore the tribunal's ruling and is currently holding military drills in the northern part of the sea as a show of force.

Duterte, who took office on June 30, has adopted a more conciliatory approach to China than Aquino.

The previous president refused to hold direct talks, and likened China's expansionist efforts in the sea to Nazi Germany's march on parts of Europe ahead of World War II.

Yasay signalled on Friday that Duterte would be making no such analogies, emphasising his administration would seek to ensure the best possible relations with China.

"I would like to be forward-looking on these matters," he said when asked to comment on Aquino's Nazi statement.

"I would like to make sure whatever actions this administration will take, the statements we will be making will be in the pursuit of strengthening our relationship with everybody and will be for the purpose of making sure there will be no stumbling block to our negotiating a peaceful solution to the issue."

He also said China and the Philippines had agreed not to make any "provocative statements" following the release of the ruling.

Yasay said after the ruling the Philippines would study it closely, discuss it with allies, and then seek to launch talks with China "as soon as possible".

Yasay said the Philippines was open to sharing Scarborough Shoal, a rich fishing ground within the Philippines' exclusive economic zone that China took control of in 2012.

He said the Philippines would also consider jointly exploring a natural gas field at Reed Bank, which is also within the Philippines` exclusive economic zone.

However Yasay insisted the Philippines would not concede any of its rights in the sea.

Duterte and Yasay met with China's ambassador to the Philippines, Zhao Jianhua, on Thursday. Zhao was seen again at the Department of foreign affairs today.