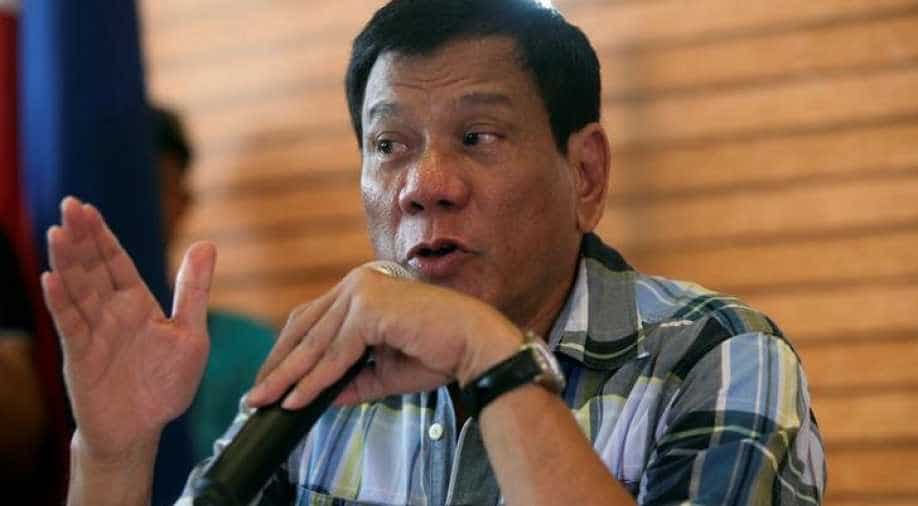 Follow Us
Philippine media groups denounced President-elect Rodrigo Duterte on Wednesday for saying journalists were being killed because they were corrupt and "you are not exempted from assassination if you are a son of a bitch."

Duterte's comments about extrajudicial killings, calling bishops "sons of whores" and a joke about a murdered rape victim do not appear to have dented his popularity in the largely Roman Catholic country.

But his comments about killing journalists have struck a nerve. About 175 journalists have been killed in the Philippines since 1986, ranking it among the most dangerous places to work in the news business.

Duterte addressed reporters on Tuesday in the southern city of Davao, where his approval of hundreds of execution-style killings of drug users and criminals over nearly two decades helped propel him to the highest office.

"Most of you are clean, but do not ever say all journalists are clean," he said. "Just because you are a journalist, you are not exempted from assassination if you are a son of a bitch."

"... Most of those killed, to be frank, have done something. You won't be killed if you don't do anything wrong."

When a female journalist asked a question, he wolf-whistled at her.

Ryan Rosuaro, head of the National Union of Journalists of the Philippines, said media freedom and murder were no joking matters.

"It is appalling that President-elect Rodrigo Duterte should justify the murder of journalists in the country by playing the corruption card," he said.

"We deplore the proposition that some journalists may have been assaulted or killed in view of their alleged involvement in media corruption," he said in a statement. "It is the duty of government to arrest, prosecute and punish those responsible for violence against members of the media."

Romel Regalado Bagares, executive director of the Center for International Law, said Duterte's comments showed "a cynical attitude towards what is a serious concern to the international community" and could perpetuate impunity for the killers.

International media monitor the Committee to Protect Journalists joined the condemnation, saying the only way to address the "woefully" high number of unresolved murders was through the courts.

"President-Elect Rodrigo Duterte's shocking remarks apparently excusing extrajudicial killings threaten to make the Philippines into a killing field for journalists," it said in a statement. "We strongly urge him to retract his comments and to signal that he intends to protect, not target, the press."

The Foreign Correspondents Association of the Philippines also expressed alarm.

"Duterte's statement is a chilling reminder that journalists in the Philippines continue to live under threat, decades after (the association) was founded to fight for press freedom at the height of Ferdinand Marcos's dictatorship," it said.