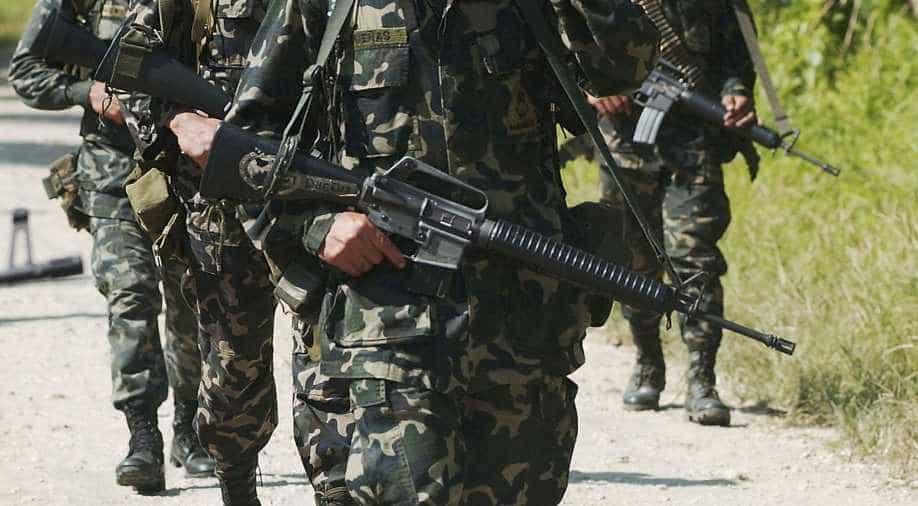 Various Muslim separatists have been fighting government forces for the past three decades in the resource rich southern island. Photograph:( Getty )

Philippine security forces killed 54 Islamist militants linked to the Jemaah Islamiah group in a week-long air and ground offensive in the country's south, an army spokesman said today.The fighting took place near the stronghold of the Moro Islamic Liberation Front, which signed a peace deal with the government in 2014 to end 45 years of conflict that killed 120,000 people and stunted growth in the resource-rich areas.

Major Filemon Tan said two soldiers were killed and nine wounded after air force planes dropped bombs on the militants' positions and ground troops pounded them with artillery fire in the town of Butig in Lanao del Sur.

"The artillery fire did more damage than the bombs," Tan added. "Our troops saw the enemies fall and, based on estimates, we killed 54. They beheaded two sawmill workers and toppled a ppwer line in the area."

The fighting has displaced about 2,000 people from five villages in Butig, regional officials said.

President-elect Rodrigo Duterte has promised to pursue peace with Muslim rebels, proposing a new federal scheme to grant more political and economic powers to Muslim-dominated areas in the south.