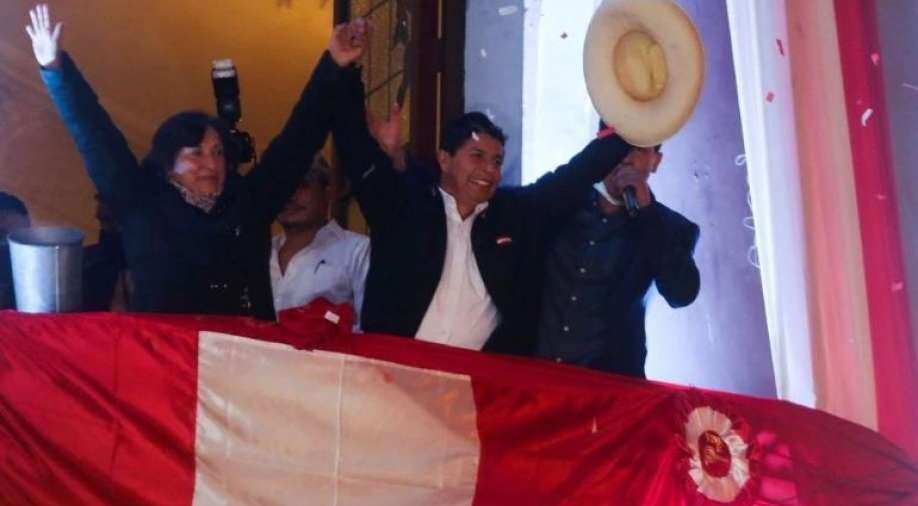 Leftist Pedro Castillo celebrates from the headquarters of the 'Free Peru' party after Peru's electoral authority announced him as the winner of the presidential election in Lima, Peru. Photograph:( Reuters )

Peruvian right-wing presidential candidate Keiko Fujimori admitted she was headed for defeat on Monday. She pledged to mobilise her supporters and lashed out against socialist rival Pedro Castillo as having won in an 'illegitimate' manner.
Fujimori said she was bound by law to recognise the official election result

Peruvian right-wing presidential candidate Keiko Fujimori admitted she was headed for defeat on Monday, but pledged to mobilise her supporters and lashed out against socialist rival Pedro Castillo as having won in an 'illegitimate' manner.

Castillo came out of the June 6 run-off vote ahead by a scant 44,000 vote margin. The official result has been delayed by appeals from Fujimori aimed at annulling some ballots over fraud accusations, despite little evidence.

Fujimori said she was bound by law to recognise the official election result, expected to be announced in the days ahead.

"I am going to recognise the results because it is what the law and the constitution that I have sworn to defend, mandates. The truth is going to come out anyway," she told reporters.

Peru's electoral authority said earlier on Monday, it would announce a winner of the election this week after it tossed out the last appeals by Fujimori, a conservative, who is the daughter of jailed former President Alberto Fujimori.

"They have stolen thousands of votes from us," Fujimori said at a news conference. Faced with the "imminent" naming of Castillo as president-elect, Fujimori called on her followers to protest peacefully.

"We have the right to mobilise... but in a peaceful manner and within the framework of the law," she said.

The National Jury of Elections said on Twitter, it had ruled inadmissible the final appeals presented last week by Fujimori.

The Organization of American States, European Union and Britain have all said the election was clean.

Castillo, if confirmed in time, would take office on July 28 for a five-year term as leader of the world's second largest copper-producing nation.

A 51-year-old former school teacher and the son of peasant farmers, Castillo has pledged to redraft the constitution and hike taxes on mining firms, but has in recent weeks softened his rhetoric and hinted at a more moderate, market-friendly approach.