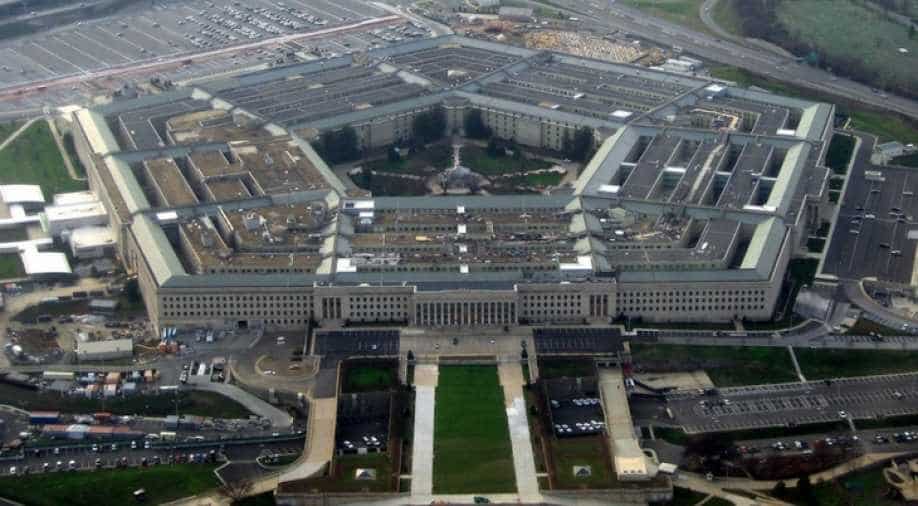 File Photo of The Pentagon, headquarters of the United States Department of Defense. Photograph:( Others )

This appeared to be the latest request for additional resources in the face of what US officials have said are credible threats from Iran against US forces and American interests in the Middle East.

The US Department of Defense is considering a US military request to send about 5,000 additional troops to the Middle East amid increasing tensions with Iran, two US officials told Reuters on Wednesday.

Tehran and Washington have this month been escalating rhetoric against each other, following US President Donald Trump's decision to try to cut Iran's oil exports to zero and beef up the US military presence in the Gulf in response to what he said were Iranian threats.

The officials, speaking on the condition of anonymity, said the request had been made by US Central Command, but added that it was not clear whether the Pentagon would approve the request.

The Pentagon regularly receives - and declines - requests for additional resources from US combatant commands throughout the world.

One of the officials said the requested troops would be defensive in nature.

It is unclear if any specific request will ultimately be presented to the White House. The request for 5,000 additional troops was first reported by Reuters.

This appeared to be the latest request for additional resources in the face of what US officials have said are credible threats from Iran against US forces and American interests in the Middle East.

The United States has not publicly shown any evidence of what the specific intelligence on the Iranian threat is.

"As a matter of longstanding policy, we are not going to discuss or speculate on potential future plans and requests for forces," Commander Rebecca Rebarich, a Pentagon spokeswoman, said on Wednesday.

Acting US Defense Secretary Patrick Shanahan said on Tuesday that while threats from Iran in the Middle East remained high, deterrence measures taken by the Pentagon had "put on hold" the potential for attacks on Americans.

The US military accelerated the deployment of a carrier strike group to the Middle East and sent bombers and Patriot missiles to the region earlier this month in response to what Washington said were troubling indications of possible preparations for an attack by Iran.

The US government sources told Reuters last week they believe Iran encouraged Houthi militants or Iraq-based Shi'ite militias to carry out attacks on tanker ships off the United Arab Emirates.

Trump has warned that Iran would be met with "great force" if it attacked US interests in the Middle East.