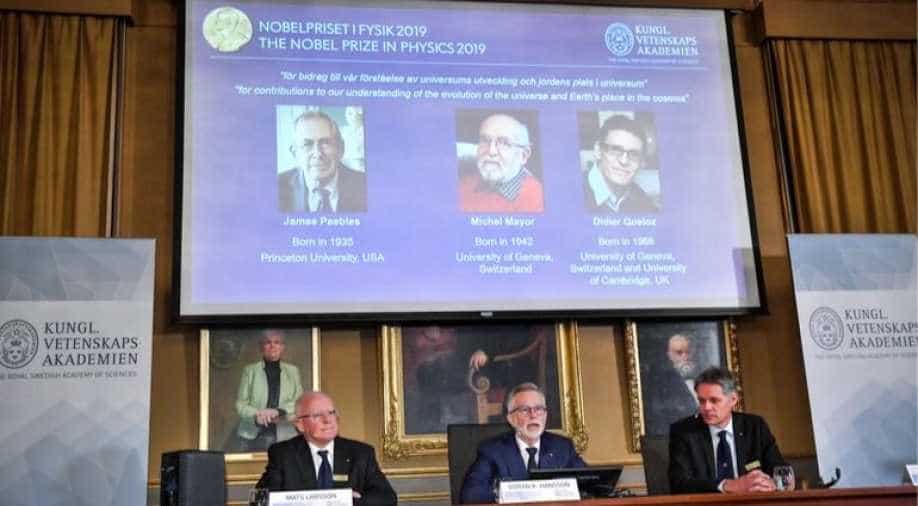 Peebles was awarded half the prize while Mayor and Queloz shared the other half.

Peebles was awarded half the prize while Mayor and Queloz shared the other half.

BREAKING NEWS:
The 2019 #NobelPrize in Physics has been awarded with one half to James Peebles “for theoretical discoveries in physical cosmology” and the other half jointly to Michel Mayor and Didier Queloz “for the discovery of an exoplanet orbiting a solar-type star.” pic.twitter.com/BwwMTwtRFv

"This year's Laureates have transformed our ideas about the cosmos," the Royal Swedish Academy of Sciences said on awarding the 9 million Swedish crown ($910,000) prize.

"While James Peebles' theoretical discoveries contributed to our understanding of how the universe evolved after the Big Bang, Michel Mayor and Didier Queloz explored our cosmic neighbourhoods on the hunt for unknown planets. Their discoveries have forever changed our conceptions of the world."

Why Russia's coronavirus supplies to US sparked criticism?