Parts of river Thames freeze for first time in 60 years 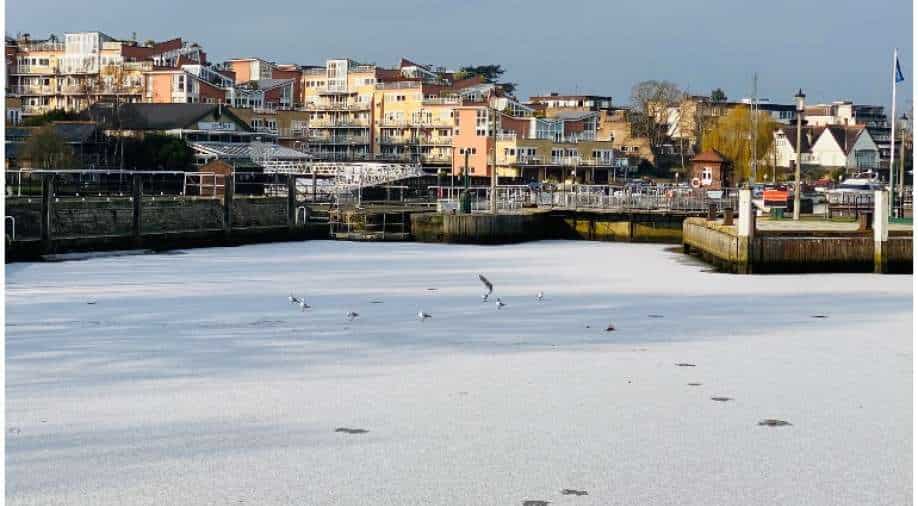 Effect of Storm Darcy has sent temperatures plummeting across UK

London and UK are in the grips of heavy winter, with Storm Darcy bringing the mercury down to -20C in some parts of the country. The extreme freeze has had a marked effect in London as large parts of river Thames have frozen for the first time since 1963. London has been experiencing sub-zero temperatures. UK experienced coldest night in 25 years on Friday.

Even in the face of harsh winter, Thames has been not given to freezing usually. And it is exactly why the freeze this time is creating so much of buzz and excitement. Images of frozen surface of the Thames in Teddington (southwest London) are doing rounds on social media. Spokesperson for Royal National Lifeboat Institution (RNLI) joked that they would have to use icebreakers in order to abe able to operate lifeboats in the Thames.

Extreme cold has had effect on transport around London. Train services have had to be cancelled. Travelling by roads has become dangerous due to heavy snow deposits.

It was a regular occurrence for the Thames to freeze during winters centuries ago. It was during this time the 'frost fairs' would be held on the ice. It was so thick that even elephants could walk across the ice sheet. Last of such fairs was held in the year 1814.