Part of China's Great Wall not built for war: Study 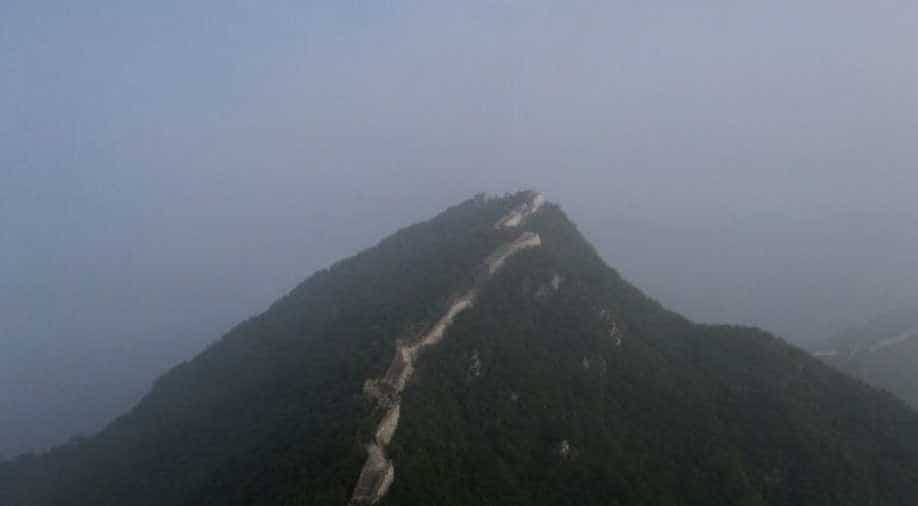 This aerial picture taken on on May 17, 2019 shows the Great Wall in Xiangshuihu, in Huairou District, on the outskirts of Beijing Photograph:( AFP )

The northern segment of the Great Wall of China was built not to block invading armies but rather to monitor civilian movement, an Israeli archaeologist said Tuesday.

"Prior to our research, most people thought the wall's purpose was to stop Genghis Khan's army," said Gideon Shelach-Lavi from Jerusalem's Hebrew University, who led the two-year study.

But the Northern Line, lying mostly in Mongolia, winds through valleys, is relatively low in height and close to paths, pointing to non-military functions.

"Our conclusion is that it was more about monitoring or blocking the movement of people and livestock, maybe to tax them," Shelach-Lavi said.

He suggested people may have been seeking warmer southern pastures during a medieval cold spell.

Construction of the Great Wall, which is split into sections that in total stretch for thousands of kilometres, first began in the third century BC and continued for centuries.

The Northern Line, also known as "Genghis Khan's Wall" in reference to the legendary Mongolian conqueror, was built between the 11th and 13th centuries with pounded earth and dotted with 72 structures in small clusters.

Shelach-Lavi and his team of Israeli, Mongolian and American researchers used drones, high-resolution satellite images and traditional archaeological tools to map out the wall and find artefacts that helped pin down dates.

According to Shelach-Lavi, whose findings from the ongoing study were published in the journal Antiquity, the Northern Line has been largely overlooked by contemporary scientists.