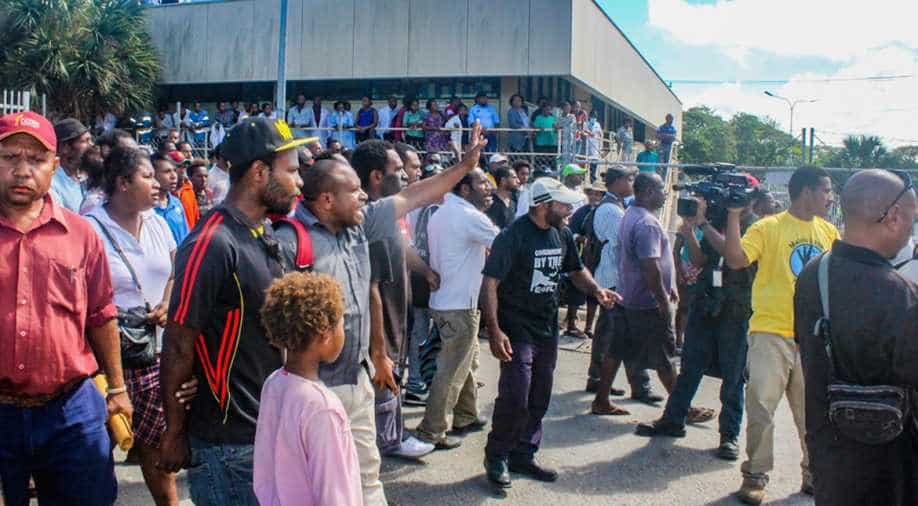 A Papua New Guinea court has granted an injunction barring university students from protesting on campus after dozens of people were wounded during clashes between student protesters and police in the capital, Port Moresby.

Political unrest has surged in the country in the recent weeks, just to Australia's north, amid calls for Prime Minister Peter O'Neill to resign over corruption allegations.

The government said that initial reports, that put the death toll to four in the Wednesday clashes, were incorrect. An official at the Port Moresby General Hospital said 38 casualties had been treated there, including four with bullet wounds, but no deaths were reported.

Students and officials said police fired on the public and used tear gas to disperse crowds during a protest at the University of PNG's Waigani campus in Port Moresby. Protests were later reported in the PNG highland cities of Goroka and Mt. Hagen, and in Lae on the north coast.

"The overwhelming majority of students simply want to go to class, sit their exams and proceed to the next semester," Tabar said.

Thousands of students across PNG have been protesting and boycotting classes for weeks. They want O'Neill, who came to power in 2011, to face allegations for authorizing millions of dollars in fraudulent payments to a leading law firm.

Student protest leader Noel Anjon said today that the protesters had no intention of giving up.

"The students are not going to give up until and unless the prime minister resigns or surrenders himself to police and is arrested and charged," he said. "This fight will continue."

O'Neill is facing multiple corruption investigations and has used the power of his office to avoid facing charges, said Paul Barker, director of the Institute of National Affairs think tank in Papua New Guinea.

"He has a strong vested interest in not stepping down because obviously if he steps down, his position to protect himself and deal with the public officers who are involved in investigations and prosecutions is substantially weakened," Barker said.

"There no doubt will be pressure from various parties, but it's hard to see him readily responding to those pressures," he added.