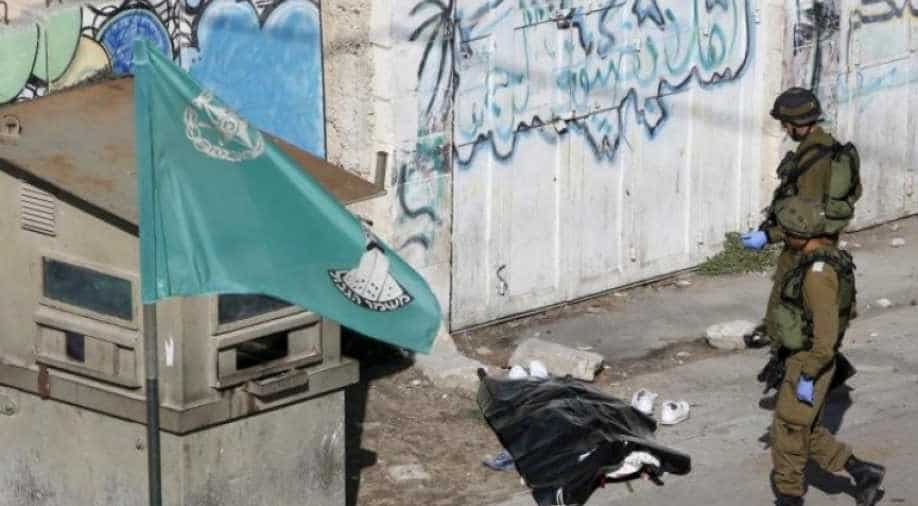 File photo of Israeli soldiers stand next to the body of a Palestinian. Photograph:( Reuters )

The Palestinian health ministry confirmed the man was killed.

An Israeli soldier fatally shot a Palestinian man who tried to stab a fellow soldier in the occupied West Bank on Monday, the Israeli military said.

The Palestinian health ministry confirmed the man was killed. There was no further comment from Palestinian officials.

"The assailant arrived by vehicle from the city of Nablus, exited the vehicle and attempted to stab an IDF (Israel Defence Forces) soldier who was at a nearby check post. Another soldier responded by firing towards the terrorist and neutralized him," the military said, adding that none of the troops were hurt.

Peace talks between Israel and the Palestinians broke down in 2014. A bid by the administration of US President Donald Trump to restart negotiations has so far shown little progress.