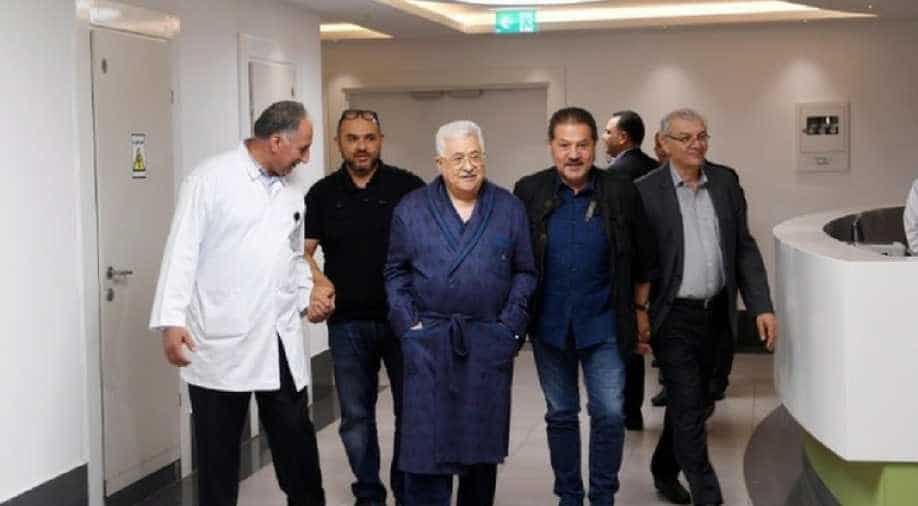 The 83-year-old, dressed in a suit, gave a short statement before leaving the hospital near Ramallah in the occupied West Bank, saying he planned to be back at work in his office as normal on Tuesday