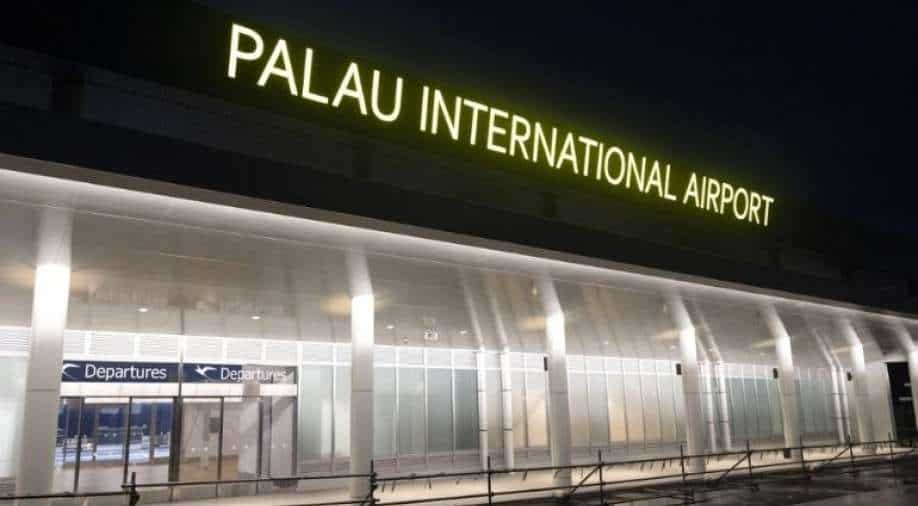 In this photo taken on April 1, 2021, the Palau international airport is seen in Koror, as Taiwan and Palau launched a rare holiday travel bubble to kickstart their battered tourist industries after successfully keeping Covid-19 infections at bay Photograph:( AFP )

The tiny island state of 21,000 has so far managed to avoid COVID-19 after closing its borders early in the pandemic, despite the huge cost to its tourism-reliant economy

The remote Pacific nation of Palau reported its first confirmed coronavirus case Monday, but authorities said it was historical and posed no transmission risk.

The tiny island state of 21,000 has so far managed to avoid COVID-19 after closing its borders early in the pandemic, despite the huge cost to its tourism-reliant economy.

The health ministry said a traveller who arrived in Palau earlier this month was found to have the virus, even though they tested negative once before departing for the island and twice during a two-week quarantine.

"Further tests revealed that this is a historical past infection case of Covid-19, and it is not infectious," it said in a statement.

The ministry estimated the person contracted the virus in January this year. Authorities refused to release any details about the patient or the country they travelled from, citing privacy concerns.

The ministry said the person was being placed in isolation and close contacts were being assessed as a precaution only.

Palau had a short-lived travel bubble with Taiwan that closed earlier this month after the latter experienced a spike in virus cases.

No big investiture ceremony planned for Prince William and Kate