Pakistan: Bail plea to be submitted for Zardari's release on medical grounds 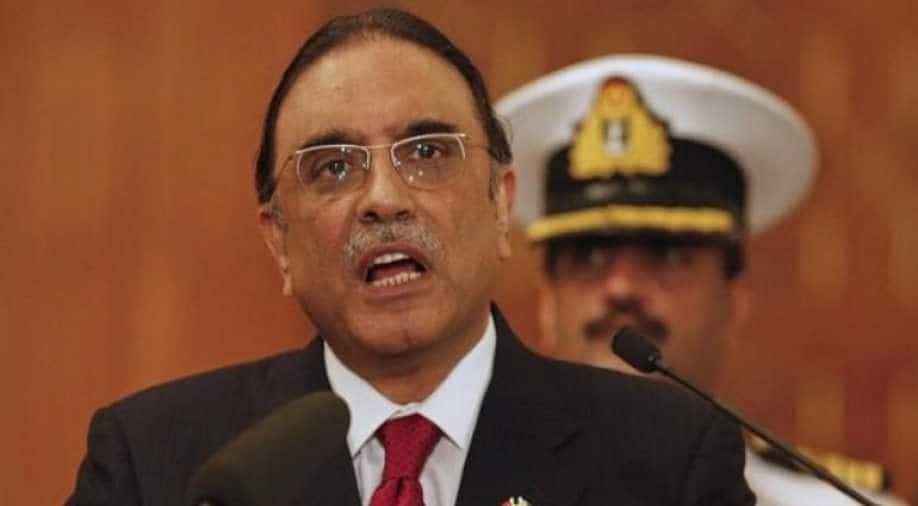 Bhutto made the comments after he met his father who is currently under treatment at the Pakistan Institute of Medical Sciences (PIMS), Geo News reported.

The PPP leader said that the party will not back out from its political point of view and submit the petition on Tuesday.

Zardari was brought to the Pakistan Institute of Medical Sciences (PIMS) from Adiala Jail in Rawalpindi on October 22 and admitted to the cardiology department's VIP ward. He underwent a number of tests and was declared to be out of danger.

Earlier this month, an accountability court had rejected a plea seeking permission to shift Zardari to Karachi for medical treatment.

The National Accountability Bureau (NAB) had arrested Zardari on June 10 after the cancellation of his pre-arrest bail by the Islamabad High Court in the fake bank accounts case.

On August 16, the court had sent the former president to Adiala jail on judicial remand.

The case pertains to a massive money laundering scam that was being probed by the Federal Investigation Agency (FIA).

The case was later taken over by NAB on the Pakistan Supreme Court's orders.