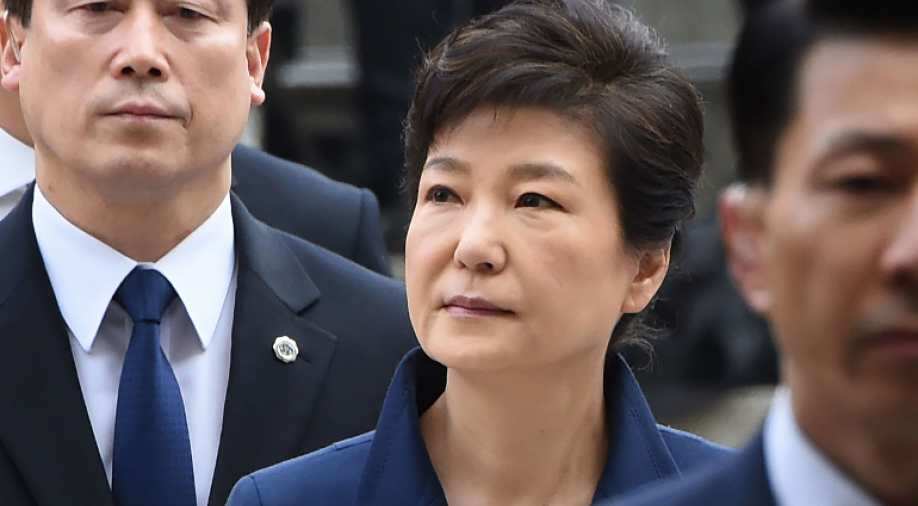 The cash -- said to total 3.8 billion won -- was reportedly delivered by NIS agents to Park's aides in uncrowded parking lots or in back alleys near the presidential Blue House. Photograph:( AFP )

Ousted South Korean president Park Geun-Hye is to be charged with accepting millions of dollars worth of bribes from the state spy agency, news reports said Thursday.

The cash -- said to total 3.8 billion won -- was reportedly delivered by NIS agents to Park's aides in uncrowded parking lots or in back alleys near the presidential Blue House.

The money came from the spy agency's "blind budget" -- millions of dollars of special funds that can be spent without receipts for anti-espionage activities -- Yonhap news agency said.

It remains unclear how Park spent the funds but news reports said she used them for personal purposes or to bankroll supporter groups.

Park is already on trial on 18 charges including bribery, coercion and abuse of power for offering governmental favours to tycoons, and prosecutors will add a 19th count to the indictment regarding the payments, reports said.

South Korea's first female president was impeached by parliament after months of mass protests over a sprawling graft scandal, and the constitutional court upheld the decision in March last year, dismissing her from office.

She has been in custody since March 31.

Her trial began in May but she has refused to attend since October, infuriated by a court decision to extend her detention by six months, when her legal team also quit, accusing the judges of bias.

Park has since refused to cooperate with a team of state-sponsored defence lawyers appointed by the court.

Prosecutors sought to question Park in prison twice over the fresh allegations, but she has refused to cooperate.

Two former NIS chiefs have been indicted over the bribery charges.