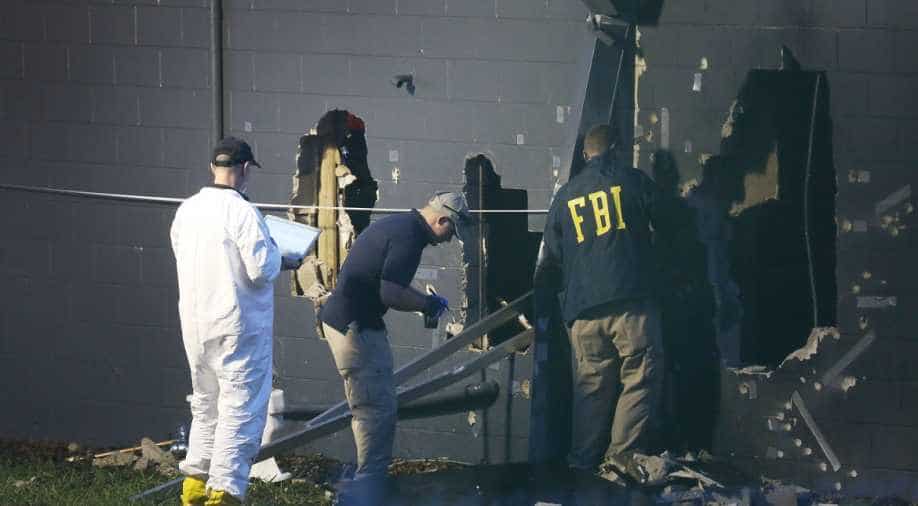 Follow Us
The Afghan-born father of Omar Mateen, the man police identified as the gunman who killed 50 people at a packed gay nightclub in Florida on Sunday, is a fringe political commentator who rails against Pakistan and Afghan President Ashraf Ghani.

Seddique Mateen, who public records indicate is the father of Omar Mateen, had an occasional television show on a US-based Afghan satellite channel for about three years, and has continued to post political commentaries on his Facebook page as recently as Sunday.

Omar Khatab, the owner of the California-based satellite channel Payam-e-Afghan, said in an interview that Seddique Mateen occasionally bought time on his channel to broadcast a show called "Durand Jirga," which focused in part on the disputed Durand Line, the frontier between Afghanistan and Pakistan demarcated by the Indian subcontinent's former British rulers.

In an interview with NBC News on Sunday, Seddique Mateen, also known as Mir Siddique, said his son's rampage had "nothing to do with religion."

He described an incident in downtown Miami in which his son, US-born Omar Mateen, 29, of Florida, saw two men kissing in front of his wife and child and became very angry.

"We are saying we are apologizing for the whole incident," Seddique Mateen said. "We weren't aware of any action he is taking. We are in shock like the whole country."

Khatab said Seddique Mateen would show up at his studio in Canoga Park, California, "three or four times a year" to tape his shows.

"He'd talk for about two to three hours," Khatab said. "He'd buy his own time and come here and broadcast and leave within a day."

Khatab said Seddique Mateen's political views were largely anti-Pakistan. A YouTube channel under Mateen's name had more than 100 videos posted between 2012 and 2015.

One of the videos refers to the "killer ISI" - the acronym for Pakistan's main military-run intelligence service - and says the agency is the "creator and father of the world's terrorism."

US officials have accused Pakistani intelligence of backing violence against US targets in Afghanistan, although Pakistan denies the allegations.

US officials cautioned that they had no immediate evidence of any direct connection between the Florida attack and Islamic State or other foreign extremist group, nor had they uncovered any contacts between Omar Mateen and any such group.

Fifty-three people were wounded in the rampage. It was the deadliest single US mass shooting incident, eclipsing the 2007 massacre of 32 people at Virginia Tech university.

Seddique Mateen interviewed Ghani in January 2014, eight months before Ghani became president, according to a video posted on his YouTube channel. The interview touched on economic development and youth unemployment in Afghanistan. Khatab said Mateen conducted the interview in Kabul and brought it to California for broadcast.

During the interview Mateen praised Ghani but by the following year had changed his views, apparently angered by Ghani's outreach to Pakistan in his bid to start peace talks with the Taliban. In a 2015 video, Mateen declared his own candidacy for the Afghan presidency, even though there was no election at that time.

In the videos, he wears a Western suit and tie and speaks Dari, a dialect of Persian spoken in northern Afghanistan. He harshly criticizes Ghani's policies both at home and abroad and lashes out at Pakistan, its intelligence service, former Afghan President Hamid Karzai, and some senior Afghan government officials and jihadist figures.

In a February video on his Facebook page, he addresses Taliban members and castigates them for being the "servants" of the ISI.

In a June 11 video posted on Facebook, Mateen is dressed in military fatigues and says Afghanistan must "punish the traitors."

"I wish a hero one day removes Ashraf Ghani's turban and slaps this crazy man," he said in the video. "This traitor has rolled up his sleeves to destroy our country."