Opinion: The technology that gave Stephen Hawking a voice should be accessible to all who need it 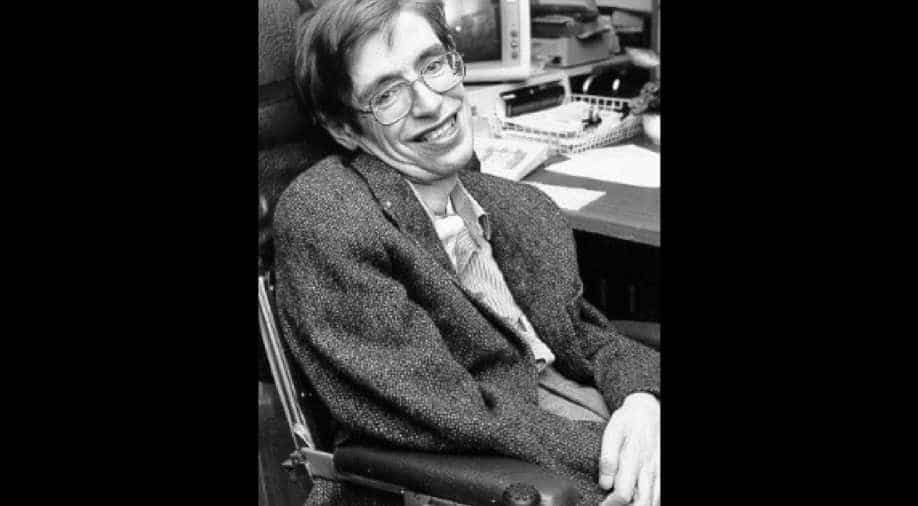 Stephen Hawking was one of the most prominent people in history to use a high-tech communication aid known as augmentative and alternative communication (AAC).

Today, many Australians who need AAC still lack access to the technology and the support they need to use it. It's time for that to change.

How augmentative and alternative communication works

To most people who can speak, AAC systems are a bit of a mystery – it’s not always clear how the person using it is controlling the system. Indeed, people’s fascination with how a speech device works often overtakes their attention to what the person is actually saying.

AAC includes sign and gesture systems, communication boards, speech-generating devices, mobile phones with apps, and even emojis and social media. Ultimately it works not only through the interaction of the user with their device, but also through their interactions with communication partners.

Some types of AAC don't involve technology at all, but use the person’s body, such as sign or gesture systems. Some AAC systems are non-electronic, like communication boards, books, or wallets for people to point to or look at letters, words or phrases to communicate. Other types of AAC are known as “high-tech”, in that they involve electronic systems and computer-based technologies to both store and retrieve words for communication.

Apart from the time taken to compose a message, it can take hours to program what could be spoken using a communication aid – and many more to ensure that the desired words can be found just in time for communication.

Hawking used a switch to control software on a computer that enabled him to talk. This kind of switch allows users to scan through options shown on the screen until they reach the letter, word or message to select for the device to "speak".

Realising the potential of people with communication disability

Hawking did not tend to use his platform in relation to disability, but when he did his words were significant. In writing the foreword to the World Report on Disability in 2011, he highlighted the importance of people with disability having access to the equipment that they need, saying:

"...we have a moral duty to remove the barriers to participation, and to invest sufficient funding and expertise to unlock the vast potential of people with disabilities."

A patron of the Motor Neurone Disease Association, Hawking inspired millions of people around the world with the condition. His lifetime achievement as a person who uses AAC was recognised by the International Society for Augmentative and Alternative Communication.

Although he hoped to be remembered more for his science than for his popular appearances on The Simpsons, his character delivered a vital line on communication rights and the need for AAC with a firm directive: "Silence. I don't need anyone to talk for me except this voice box."

His call to "look up at the stars", should further compel AAC users and communication technologists to work together and reach for the stars in finding solutions for people who cannot rely on speech to communicate.

Hawking’s fame attracted the world's best and brightest to work with him to solve problems around the use of communication technologies. But AAC systems still don't stop people from "slipping through the timestream" of conversation. Communication using AAC systems is slow and effortful.

It can be hard to make a comment in a conversation - by the time the person has got the attention of other speakers and composed their message, the conversation has moved on, and the message is delivered "out of time". It's a puzzle to find systems that improve the timing and flow of talk, to match each user's communication needs.

Even as communication tech advanced and Hawking's distinct voice got an upgrade, he chose to keep his "robotic drawl". Like the famous film critic Roger Ebert before him, he had the final say on his own vocal identity.

Hawking's empowered story highlights the importance of designers not allowing ableist notions of an acceptable voice to restrict an AAC user's self-expression. His stance also reflects the importance of people who use AAC co-designing AAC systems that reflect their own identity.

Making AAC accessible to all

Hawking knew his privileges in having access to the equipment and the social supports he needed to participate. Unfortunately, many people in Australia who need AAC lack access not only to the funds they need for the technology, but also to the professionals, such as speech pathologists, who know how to design and teach people how to use communication systems.

The Australian Bureau of Statistics estimates that as many as 1.2 million Australians have a communication disability. With roughly a quarter of all people with cerebral palsy or autism spectrum disorders being unable to rely on speech to communicate, it is vital that more is done to improve access to AAC worldwide.

Like all people who use AAC, Stephen Hawking was unique. It's time to make communication systems like the one he used available for all who need it, so that they too can have their chance to shine.

*Professor Bronwyn Hemsley is a speech pathologist with a clinical and research interest in the use of communication technologies and e-health innovation to improve the care and communication of people with communication disability with their family members and healthcare providers.