Opinion: Arms races and deep volatility in the Middle East 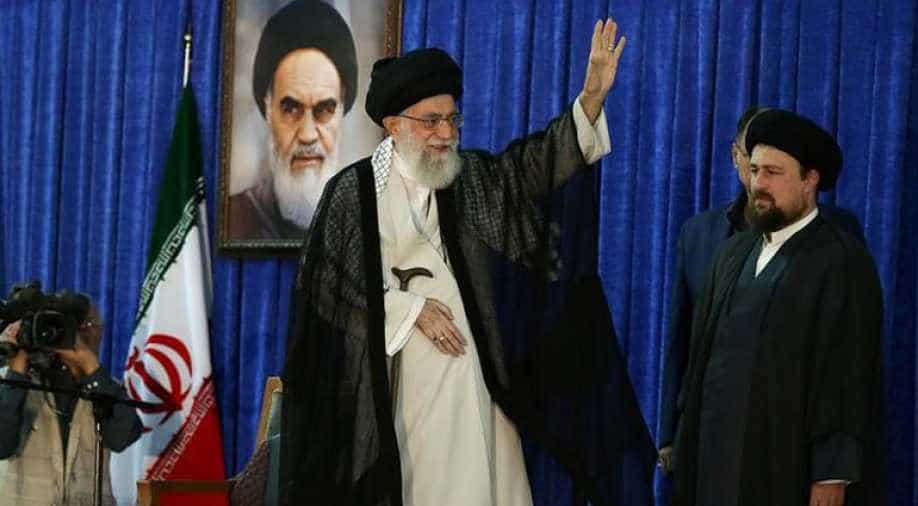 Iran and the Middle East are in the classic grips of the security dilemma and is arming itself heavily.

Iran’s Supreme Leader, Ayatollah Khamenei, has stated that war was unlikely but called on the country’s armed forces to boost its defence capabilities. The inference that can be drawn from Khamenei’s statement is that Iran will go on a weapon(s) buying spree which, in turn, will lead to an intense arms race in the Middle East, in a classic denouement of what, in International Relations, is called the “security dilemma”.

This particular dilemma refers to &nbspa condition wherein one state’s actions to increase its security leads other states (especially in a dyadic pair) to augment its security, thereby actually increasing insecurity or decreasing it.

Before dwelling on the nature of the security dilemma in the Middle East, the attendant arms races and general sense of insecurity in the region, it may be prudent to call attention to a book written by former Brookings scholar, Stephen Cohen , coauthored &nbspwith Sunil Dasgupta, “ Arming without Aiming”. The ouvre, roughly speaking, dwelling on the nature of India’s military modernisation, called attention to India’s attempts to modernise its capabilities and force structure, against the backdrop of what may be called an incoherent political and strategic doctrine, could raise the hackles of India and China, so to speak and lead to strategic miscalculation and misperception. That is, the classic security dilemma.

Even though there is no strict parallel to Cohen at al’s analyses and assessment and the condition(s) in the Middle East (strictly speaking) but general observations hold.

Iran and the Middle East are in the classic grips of the security dilemma and is arming itself heavily. (To take recourse to Cohen’s book title, the region is arming without aiming as is evident from Khamenei’s statement). Conditions have reached this pass because of the United States’ withdrawal from the JCPOA, the deal arrived at between Iran and world powers to place checks on Iran’s alleged nuclear program. The withdrawal and disavowal by the Trump administration appears to have been rather reflexive and visceral, that is, it is(was) &nbspdefined by political and strategic incoherence. &nbspThe end result is an Iran wanting to arm itself to the teeth, so &nbspto speak, for its security objectives other states of the region will, as the security dilemma suggests, will axiomatically follow.

This will turn the Middle East into an armed fortress and perhaps even, corresponding to Khamenei’s assessment , war will be unlikely in the region. But, the region will morph into a tinderbox. &nbspThat is, while a rough balance of power will ensue in the Middle East but a small miscalculation, event or strategic maneuvering can bring major states of the region close to war. Against the backdrop of a new , emerging system polarity, a putative war like condition can bring foreign powers to the region, more intensely. But, there is also another corollary to the Middle East’s “ Arming without Aiming”. This could be in the nature of increasing intensity of proxy conflicts. The likely candidates &nbspof these proxy conflicts would be Yemen, Iraq, &nbspSyria and even Palestine. ( As the Arab world &nbspabandons Palestine to its fate, the major players of this particularly would &nbsplook up to Iran as a protector and a protagonist).

The portrait drawn here about the Middle East suggests that the Trump administration’s incoherence, political and strategic, has altered the politico strategic calculations of the Middle East’s major players and thereby altered the region’s dynamics, albeit not to the United States liking or advantage. &nbspThe “only” winners of the drama happening in the Middle East would be arms and weapons manufacturing firms which would have a field day but among the losers will be the people of the region.

The only solace that can be drawn from the whole sage is that war will become increasingly improbable in the Middle East. (The region’s political and strategic permutations and combinations are so delicate and fragile that war is almost unthinkable). This scenario holds under conditions of rationality. But, there always lurks the danger of either a grave miscalculation or loss of rationality. &nbspWar, then is improbable but its possibility lurks somewhere.

The  Middle East is, as usual, volatile. But , all is not lost. What is needed in the region is the primacy of the political and a diplomacy whose end goal is neither power nor interest maximisation or the maintenance of the status quo but one whose end point is peace, stability and welfare of people. This assertion might sound wishy washy but, for want of an alternative, there really is no choice. As the wit has said, “all war is bad politics”. Let then rationality, in the sense of the political, be accorded primacy over the incoherently irrational.