Opinion: Algerian controversy over Salafism puts government control of religion on the spot 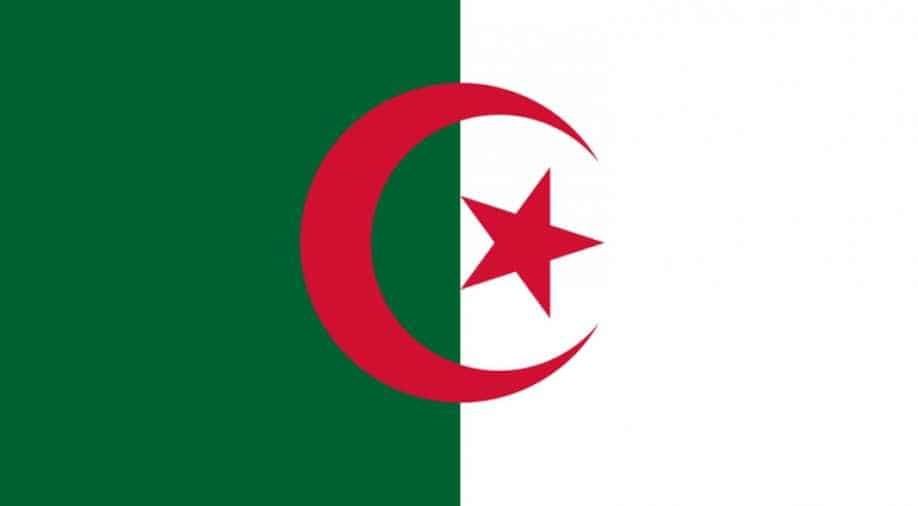 Flag of Algeria. Photograph:( Others )

A controversy in Algeria over the growing popularity of Saudi-inspired Salafi scholars spotlights the risk governments run in a region in which they strive to control religion in a bid to counter militant strands of Islam, often by touting apolitical, ultra-conservative trends. &nbspThese efforts are proving difficult to contain within the limits of the government’s agenda.

The controversy over Saudi support of Salafi scholars highlights how state control, frequently exercised through degrees of micro-management of weekly Friday prayer sermons, and/or putting clerics on the government payroll as well as supervision of mosques and school textbooks, often backfires. &nbspFor one, the credibility of government-sponsored Islamic scholars is undermined as they become increasingly viewed as functionaries and parrots of regimes.

It also thrusts into the limelight the slippery slope on which governments play politics with conservative and ultra-conservative religion for opportunistic reasons or as in the case of Turkey in a bid to establish state-controlled Turkish Islam as a global force.

Ultra-conservatism’s increasing attractiveness is magnified by the inability of governments to comprehensively police alternative expressions of religion on the Internet and social media as well as halt the popping up of unlicensed mosques and informal study groups.

As a result, Saudi-inspired ultra-conservative, as well as militant strands of Islam, emerge as the only alternative release valve, particularly in countries that restrict freedom of expression, the media, and religion and have failed in their delivery of public goods and services

“Whatever the state does to control the religious realm, it cannot oblige or guarantee that people will rely on official bodies and individuals for their religious guidance. In fact, Algerian youths, in particular, are disillusioned and have lost confidence in their religious institutions. As such, they may be attracted to other religious voices, especially those offering ‘grab and go’ solutions to complex issues or a Manichean view of the world,” said Algeria scholar Dalia Ghanem-Yazbeck.

The controversy in Algeria further raises questions about definitions of Saudi Crown Prince Mohammed bin Salman’s declared effort to return the kingdom to what he termed ‘moderate Islam’ given that Saudi Arabia played a key role in globally promoting Sunni Muslim ultra-conservatism for almost half a century.

In Saudi Arabia, the jury is still out on Prince Mohammed’s approach to moderation. In an ultra-conservative country in which religious leaders were not only popular but government employees who shared power with the ruling Al Saud family, Prince Mohammed has whipped the religious establishment into subservience and kowtowing to his reforms with little indication that they have had a true change of heart.

Algeria has long seen Saudi-inspired quietist strands of Salafism that preach unreserved obedience to a Muslim ruler as a way of countering expressions of popular discontent and more militant strands of Islam.

“The onset of the 2011 Arab uprisings only increased the utility of quietist Salafists to the state. All the main quietist figures issued calls for Algerians to resist the wave of political contestation rocking the Arab world… This drove a wedge between rulers and ruled, exacerbating social divisions, which would inevitably lead to a rise in insecurity and worsening corruption,” said international relations scholar Anouar Boukhars.

A recent study showed that many Algerians were turning on social media to Saudi and Egyptian rather than Algerian religious scholars.

Some Saudi scholars like Sheikh Mohamed al-Arefe, a controversial ultra-conservative, known for his misogynist and anti-Shiite tirades, who ranks among the top 100 global and top 10 Arab social media personalities with 21.6 million followers on Twitter and 24.3 million on Facebook boast a larger following in Algeria than in the kingdom itself.

The study concluded that Mr. Al-Arefe had two million Algerian followers as opposed to 1.3 million Saudis.

Algerian media reports, echoing secular concerns, detailed earlier this year Saudi propagation of a quietist, apolitical yet supremacist and anti-pluralistic form of Islam in the North African country. The media published a letter by a prominent Saudi scholar that appointed three ultra-conservative Algerian clerics as representatives of Salafism.

“While Saudi Arabia tries to promote the image of a country that is ridding itself of its fanatics, it sends to other countries the most radical of its doctrines,” asserted independent Algerian newspaper El Watan.

El Watan and other media reproduced a letter written by Saudi Sheikh Hadi Ben Ali Al-Madkhali, a scion of Sheikh Rabia Al-Madkhali, the intellectual father of what French Islam scholar Stephane Lacroix terms a loyalist strand of Salafism that projects the kingdom as the ideal place for those who seek a pure Islam that has not been compromised by non-Muslim cultural practices and secularism.

“Madkhalism…(is) perhaps Saudi Arabia’s own Trojan Horse,” quipped North Africa scholar George Joffe. “State-approved imams in Algeria now find themselves under considerable pressure, in mosques that have been targeted, to adapt their teachings and doctrines to Salafi precept, even if this challenges the authority of the ministry of religious affairs,” Mr. Joffe added.

The mixed results of the Algerian government’s effort to control and use religion are replicated across the Muslim world.

Pakistan, a country in which ultra-conservatism and militancy has over decades been woven into the fabric of the state and society and that is struggling with political violence against the state as well as minorities, serves as an example of the risks involved in playing politics with religion and state support for non-pluralistic, intolerant and supremacist interpretations of Islam.

Attempting to rollback the fallout of such policies is proving to be a gargantuan task. The Pakistani government earlier this year launched a pilot project in Islamabad to regulate Friday prayer sermons. The problem is that it controls a mere 86 of the city’s 1,003 mosques.

Some critics warn that Turkish President Recep Tayyip Erdogan may be taking his country down a road like that of Pakistan. They compare the Turkish leader to former Pakistani ruler General Zia ul-Haq who in the 1980s accelerated Islamisation of Pakistani society.

Former Pakistani ambassador to the United States and director of South and Central Asia for the Washington-based Hudson Institute Husain Haqqani asserted that Mr. Erdogan was adopting the “Pakistani formula of mixing hard-line nationalism with religiosity” and pouring money into Islamic schools.

"Erdogan has taken the Pakistani formula of mixing hard-line nationalism with religiosity. Zia imposed Islamic laws by decree, amended the constitution, marginalised secular scholars and leaders, and created institutions for Islamisation that have outlasted him. Erdogan is trying to do the same in Turkey," Mr. Haqqani told journalist and columnist Eli Lake.

Mr. Lake argued that Turkey, despite having tacitly supported the Islamic State at one point during the Syrian civil war, Turkey had not yet “sunk” to Pakistan’s level of cooperation with Islamic militants in its dispute with India and manoeuvring in Afghanistan.

However, suggesting that Turkey risked becoming another Pakistan, Mr. Lake quoted former US ambassador to Turkey Eric Edelman as saying: "Turkey is not Pakistan yet, but if it continues the trajectory that Erdogan has put it on, there is a prospect it could become like Pakistan.”

At the other extreme, Chinese authorities in the north-western province of Xinjiang, home to China’s Uyghur Muslim minority, were several months ago shutting down some 100 illegal, underground religious seminaries a month despite creating in the region the world’s most repressive surveillance state, according to a Chinese communist party official.

The crackdown involves the banning of religious practices and the teaching of the Uyghur language in schools and the detention of thousands in political re-education camps.

The controversy in Algeria, Mr. Erdogan’s embrace of Islam, Pakistan’s struggle to come to grips with the fallout of ultra-conservatism, China’s efforts to crackdown on religion, anti-government and anti-clergy protests in Iran earlier this year, and examples of societies elsewhere in Asia turning towards intolerance and conservatism as governments employ or repress religion for opportunistic political purposes, suggest that political leaders have learnt little, if anything.

Yet, the lesson is that government control and/or playing with religion seldom produces sustainable results. The lesson is also that repression, including restricting freedoms of expression, media and religion, aggravates problems and benefits ultra-conservatives and militants.

Finally, the lesson is that the solution likely lies in inclusive rather than exclusionary policies and transparent and accountable governments capable of delivering pubic goods and services that ensure that all segments of the population have a stake in society. That lesson is one that governments in Algeria, Pakistan, Saudi Arabia, Turkey and China seemingly prefer to overlook.