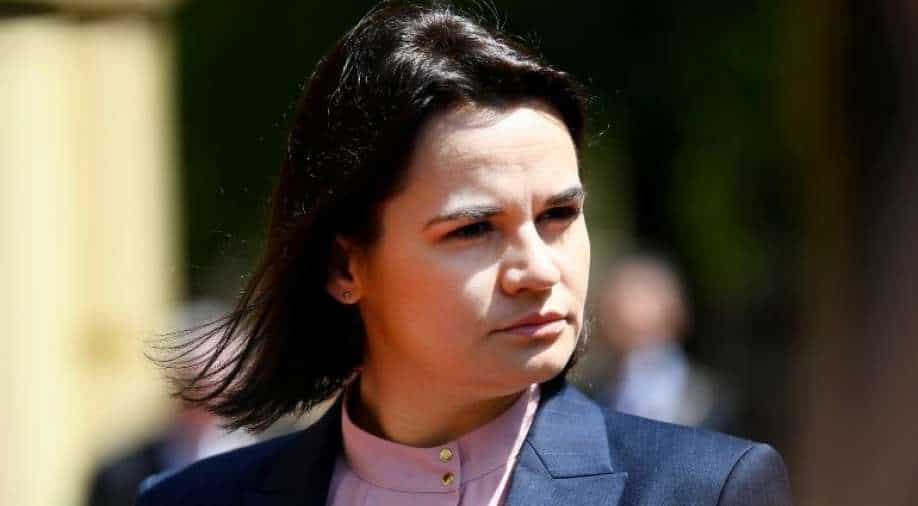 Belarus opposition leader Sviatlana Tsikhanouskaya appealed for more help from the United States as she began a visit to Washington for meetings with top Biden administration officials this week. She met with Secretary of State Antony Blinken, Undersecretary of State for Political Affairs Victoria Nuland and State Department Counselor Derek Chollet

Belarus opposition leader Sviatlana Tsikhanouskaya appealed on Monday for more help from the United States as she began a visit to Washington for meetings with top Biden administration officials this week.

Belarus President Alexander Lukashenko has kept a tight grip on Belarus since 1994 and has cracked down on street protests that began over a presidential election last August that his opponents say was rigged so that he could retain power.

Tsikhanouskaya, 38, was a candidate in the election instead of her husband, Sergei Tsikhanouskiy, a video blogger who has been jailed since May 2020 on charges such as violating public order, which he denies. Tsikhanouskaya fled to neighboring Lithuania after Lukashenko`s crackdown.

It said they discussed the need for the Lukashenko government's "crackdown to end, along with the unconditional release of all political prisoners in Belarus, and an inclusive political dialogue and new presidential elections under international observation."

She told CNN that more help was needed from the United States and the European Union.

"The USA has a moral obligation to be with us. I ask the USA to help civil society survive," she said. "Stand with Belarus."

The senior administration official said the United States "stands with" Tsikhanouskaya and the people of Belarus and "will continue to support their democratic aspirations."