Omicron brings new round of foreboding for British businesses 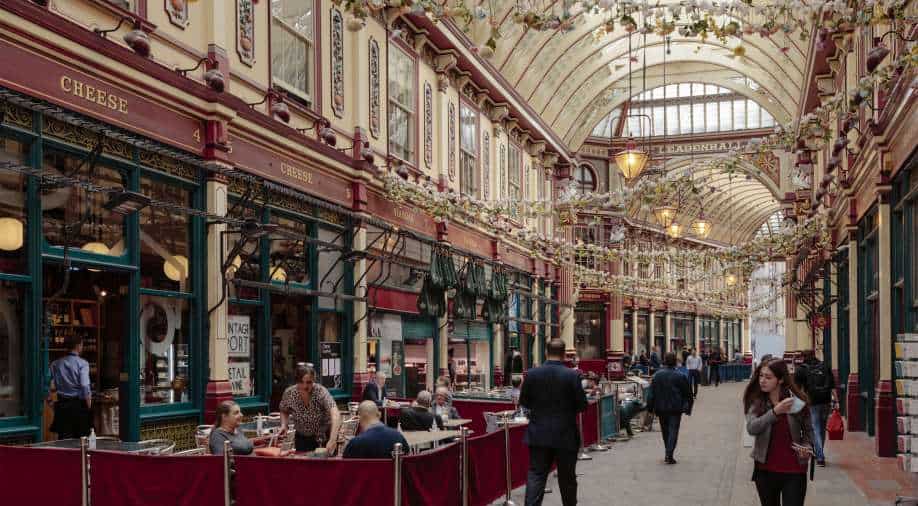 For months, businesses across Britain have been desperately trying to manoeuvre around supply chain disruptions, labour shortages and rising costs as they emerged from various stages of lockdown

The previous night, Prime Minister Boris Johnson announced that stricter Covid measures were coming, and the impact was immediate for Darrin Jacobs, the owner of Luc’s. There had been a “multitude of cancellations,” he said.

But thanks to a waiting list of reservations, he added, the restaurant was still fully booked until Christmas. And many of the cancelled bookings had optimistically rescheduled their celebrations for early next year.

“We won’t lose the business; we’ll just move the business on,” Jacobs said. But “it’s not easy because we’ve already bought food and moved staff around,” he said.

For months, businesses across Britain have been desperately trying to manoeuvre around supply chain disruptions, labour shortages and rising costs as they emerged from various stages of lockdown.

Now the emergence of the fast-spreading omicron variant has unexpectedly dealt those efforts a blow. The government has revived coronavirus restrictions that are likely to weigh on hospitality and travel businesses during the critical holiday season and put a dent in the economy.

“I don’t know where this is going to go next week,” Jacobs said. “I think this is a tip-of-the-iceberg-type scenario, and it may get a lot worse next week — and if that’s the case, we’ll really have to scale it back.”

For now, he is still cautiously optimistic. But his business relies on people who work in nearby offices and walk to his restaurant in Leadenhall Market, especially several insurance companies. On Thursday, Jacobs heard that two large companies were closing their offices again.

In England beginning Friday, face masks will be required in most indoor public places, including cinemas and theatres. Starting Monday, people who can work from home should. And starting in the middle of next week, passes showing vaccination or a recent negative COVID test will be required for large events and nightclubs, Johnson announced this week. The rules will be voted on in Parliament next week. Scotland, Wales and Northern Ireland have set their own measures, which are slightly stricter.

“Unless you go to a full or partial lockdown, the effect of the measures themselves will be rather small,” said Paul Mortimer-Lee, deputy director of the National Institute of Economic and Social Research in London. “What will be hurting the economy is individuals’ responses.” People are likely to take more precautions to protect themselves from the virus, especially by socializing less.

While the rules are relatively light, for some businesses this will be an unwelcome retreat.

Before the omicron variant was discovered, the British economy was losing some momentum while prices were rising rapidly, putting inflation at its highest level in nearly a decade. Gross domestic product grew 1.3% in the third quarter, down from 5.5% in the previous three months. And that growth was driven by spending on services — especially in hotels, restaurants and entertainment — as the last of the major pandemic restrictions were lifted in the summer. In October, economic expansion slowed sharply to just 0.1% from the previous month.

Now there are early indications that restaurant reservations are declining and Christmas parties are being cancelled.

Restaurants, cafes and shops primarily serving office workers were contending with the lost trade from hybrid working but had at least seen a notable return of workers. Some 70% of British workers said they had travelled to work at least some days each week in early December, according to the Office for National Statistics, up from about 50% earlier in the year, when the country was under a strict lockdown.

Sales at Pret A Manger, the coffee and sandwich chain whose shops tend to be clustered around office hubs and transport locations, only returned to pre-pandemic levels about two weeks ago. Now those sales are starting to slip again.

“Christmas has been cancelled for many City shops, restaurants, pubs and other businesses that rely on footfall from workers in nearby offices,” Catherine McGuinness, the policy chair of the City of London Corp., which governs the capital’s financial district, said in a statement.

Her organization will encourage workers and businesses to follow the new rules but said the government needed to lay out a road map for lifting the restrictions again in the new year, McGuinness said.

The new measures will also complicate the next steps for the Bank of England. Policymakers at the central bank had been preparing to raise interest rates in response to inflation, provided unemployment remained low. Some analysts believed an increase could come as soon as next week. But the potential for omicron to further slow the economy makes it harder to justify tightening monetary policy.

The extra uncertainty could dampen productivity and employment growth, according to Mortimer-Lee. It is likely to make companies more cautious about hiring and investment, especially businesses that rely on face-to-face interactions, like restaurants. Also, high case numbers will keep children out of schools and parents away from their jobs.

“It’s those millions of individual decisions, rather than Boris Johnson’s decision, that’s going to affect the economy,” Mortimer-Lee said. “And none of it’s going to be good.”

Even before the latest measures, hotels were seeing about one-fifth of their corporate bookings cancelled, according to UKHospitality, an industry lobby group, after the government required travellers into Britain to take a Covid test within two days of arriving and isolate until receiving the results. Christmas bookings were not as strong as they traditionally are for hospitality businesses in a quarter that usually brings in about 40% of the industry’s annual revenue.

And so the industry is asking for relief from business rates (a type of tax on commercial properties), more grants, rent protection and an extension of the reductions on VAT, a sales tax. “Anything less would prove catastrophic,” Kate Nicholls, CEO of UKHospitality, said in a statement.

The latest measures have been particularly disappointing for nightclubs, one of the last businesses allowed to reopen earlier this year. The Night Time Industries Association said Covid passes have been damaging to their industry in the parts of Britain where they were already in place.

Michael Kill, CEO of the lobbying group, said businesses were experiencing a “honeymoon period” since reopening in the summer and were trying to rebuild cash reserves before the quieter months at the start of the year.

“We’re now seeing some concern around cancellations and ticket purchases hesitancy,” Kill said. “These sorts of things that are leaving people in a vulnerable position, because many of them stocked up and purchased and staffed for a busy Christmas period.”

The group accused the government of enacting the changes to draw attention away from public fury over accusations that the prime minister’s staff broke lockdown rules by holding an office party last Christmas.

“It feels that nightclubs and bars have been thrown under the bus by the prime minister for him to save his own skin,” Kill said in a statement Wednesday.