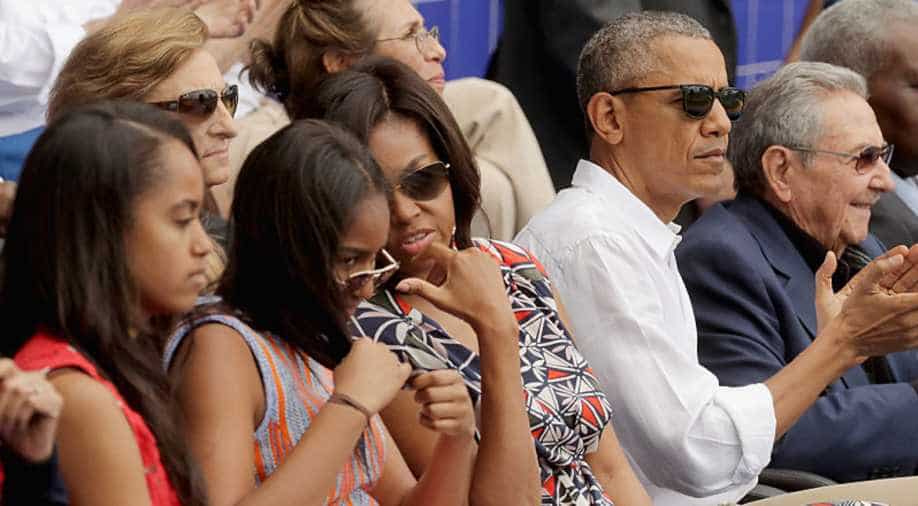 In Picture: The Obamas Photograph:( Getty )

As the Obamas ready to leave the White House, America's first family has given away Sasha and Malia's swing and playset that sat outside the window of the Oval Office.

"The playset was donated to a local organization serving those in need," an administration official said.

Like images of John F Kennedy's kids running around the Oval Office, images of the two youngest Obamas, aged 10 and seven when he took office, playing on the set became emblematic of a more youthful White House.