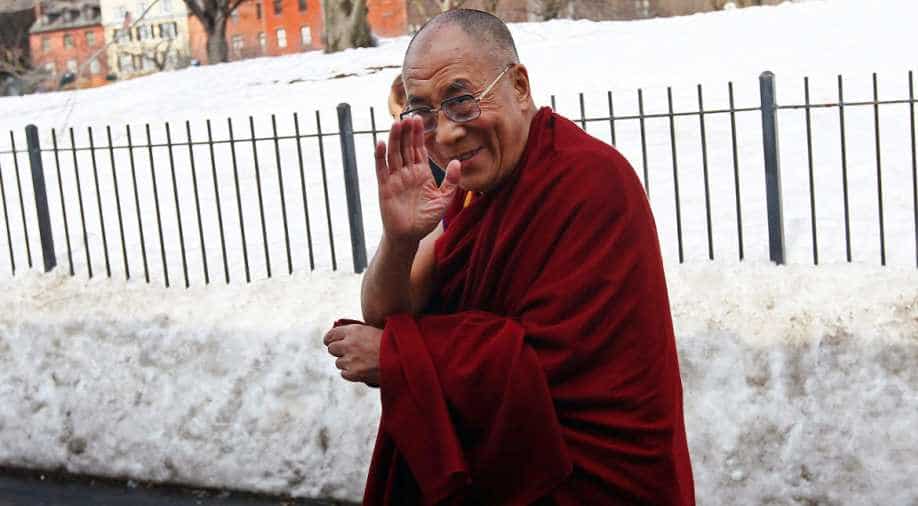 Obama's fourth White House meeting with the Dalai Lama in the past eight years took place in the White House residence to emphasize on the "personal nature" of their meeting. Photograph:( Getty )

Follow Us
US President Barack Obama met the exiled Tibetan spiritual leader, the Dalai Lama, at the White House on Wednesday, despite a warning from China that it would damage diplomatic relations.

The meeting came at a time of heightened tensions between the United States and China over Beijing’s assertive pursuit of territorial claims in East Asia.

Obama's fourth White House meeting with the Dalai Lama in the past eight years took place in the White House residence, instead of the Oval Office where the president normally meets world leaders.

White House spokesman Josh Earnest said the choice of the residence emphasized the "personal nature of their meeting".

He said Obama thanked the Dalai Lama for his condolences for the victims of Sunday's mass shooting at a gay nightclub in Orlando, Florida.

Earnest added that Obama had in the past spoken of his "warm personal feelings" for the Dalai Lama, appreciation of his teachings and belief "in preserving Tibet's unique religious, cultural and linguistic traditions".

At the same time, Earnest said the US position of considering Tibet part of China had not changed.

In an interview with Fox News later on Wednesday, the Dalai Lama said he and Obama talked about the current situation in Tibet.

He denied he was seeking independence and that it was in Tibet's interests to remain part of China, "provided we should have full right for preservation of our own culture, or rich Buddhist knowledge, knowledge of Buddhist philosophy, these things".

The Dalai Lama also noted in the interview that Chinese President Xi Jinping had said Buddhism was an important part of Chinese culture.

"So this is something new, for a leader of a Communist party, you see, mentioning some positive things about leader of Buddhism, wonderful."

China's foreign ministry said earlier it had lodged diplomatic representations with the United States over the planned meeting, saying it would damage Chinese-US ties.

China considers the Dalai Lama a dangerous separatist, and ministry spokesman Lu Kang said the meeting would encourage "separatist forces". He urged Washington to abide by its promises to recognise that Tibet is part of China and cease any support for Tibet independence.

A commentary on China's official news agency, Xinhua, accused Washington of breaking its promise not to support Tibet's independence by going ahead with the meeting. It said that had "seriously jeopardized China-US relations, and deeply hurt the Chinese people's feelings".

"Supporting Tibet's independence is a clear interference in China's internal affairs and is in gross violation of the norms of international relations. Playing the 'Tibet card' shows the US government is overdrawing its political credit and international prestige."

When Obama last met the Dalai Lama at the White House in 2014, he angered China by vowing "strong support" for Tibetans' human rights.

The Dalai Lama, who fled Tibet into exile in India in 1959 after a failed uprising against Chinese rule, said in the Fox News interview that China would eventually have to become more open.

"So ... Chinese people, including leaders, I think are getting some new experiences, so things will change," he said, adding there was no future in maintaining such tight social control.

The Dalai Lama said in an interview that the disputes between China and its neighbours in the South China Sea should be resolved through dialogue.

He said China faced no threat from other Asian countries and as a big and ancient nation should pursue reconciliation and friendship. “Long term, it’s in China’s own interests,” he said. “Trust and friendship with neighbouring countries is essential; including the United States also.”

On Wednesday, a Chinese observation ship shadowed the US aircraft carrier John C. Stennis in the Western Pacific, the carrier's commander said, as it joined warships from Japan and India for drills close to waters Beijing considers its backyard.

Japan and the United States worry that China is extending its influence into the Western Pacific with submarines and surface vessels as it pushes territorial claims in the neighbouring South China Sea, expanding and building on islands.

China has been angered by what it views as provocative US military patrols close to the islands. The United States says the patrols are to protect freedom of navigation.

On Tuesday, Beijing also warned Washington to stick to its “one-China” policy over Taiwan ahead of an overseas trip by Taipei’s new president, Tsai Ing-wen, who will transit though Miami from June 24 to 25 and Los Angeles from June 30 to July 1 on her way to and from Panama and Paraguay.

A US State Department spokeswoman, Anna Richey-Allen, said the visit would be “private and unofficial” and the transits handled in accordance with the “unofficial nature of the (US) relationship with Taiwan”.

“There is no change to the US ‘One-China’ policy,” she said, adding that Tsai would be greeted as a courtesy in Miami and Los Angeles by officials of the American Institute in Taiwan, a de facto embassy that handles US relations with Taiwan.
(Reuters)