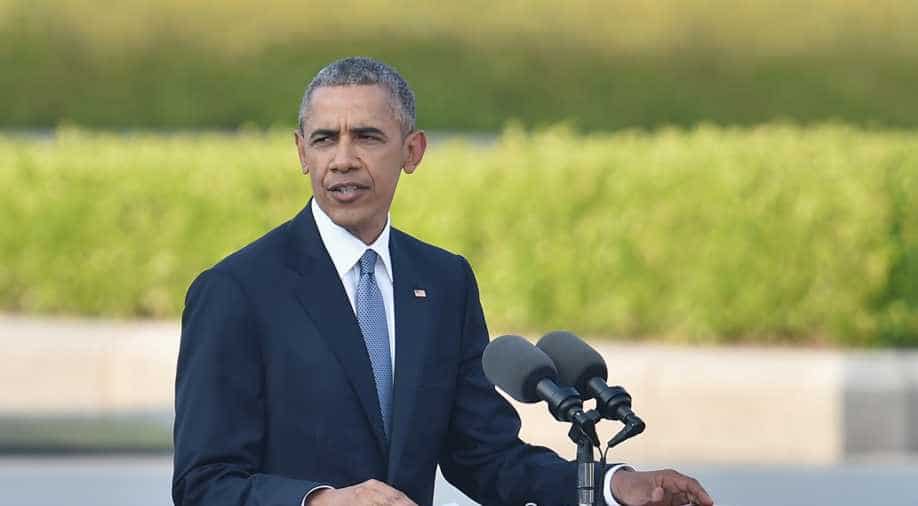 According to Obama, Hiroshima and Nagasaki are reminders of the need to abolish nuclear weapons Photograph:( Getty )

Follow Us
United States President Barack Obama became the first American leader to visit Hiroshima, one of the two cities — the other was Nagasaki — to have been destroyed by an atom bomb in August, 1945. It was an event that had shaken people all over the world, and made many of them into militant peaceniks. Their mission in life became to bury the nuclear weapons of all the countries. Pugwash and Conference of Nuclear Disarmament (CND) became the ardent champions of nuclear disarmament. In the real world, nuclear weapons did not disappear. The two super-powers and ideological rivals — the United States and the Soviet Union — piled up nuclear stocks.

Though there was the constant apprehension of a nuclear war, the Cold War passed.

It was only Japan that had remained a pacifist country because of the atom bomb trauma, more at the level at the people even as many countries tested nuclear weapons, including United Kingdom and France, followed by China and then by India and Pakistan. The irony could not be hidden that while Japan opposed nuclear weapons anywhere in the world, it had accepted the nuclear umbrella provided by the US.

Apart from the strategic and political aspects, there were the unresolvable moral dilemmas. The Chinese media had acerbically reminded that Japan is trying to be the victim in the case of Hiroshima and Nagasaki. The Chinese harbour bitter memories of Japanese aggression and cruelty through the Second World War. The question of Japan being aggressor/victim comes in the wake of the demand and expectation that President Obama would apologise to the people of Japan, especially to the dead and survivors of the two ill-fated cities for the overwhelming devastation caused by the dropping of the atomic bombs. But Obama did not apologise and instead spoke of the two cities being a reminder of the need to abolish nuclear weapons, which was an evasive homily if there was one.

Of course, Obama must have consulted experts in the matter and he must have taken the historical, political and moral implications of an apology if ever he thought of offering one. The decision to use the bomb was a momentous one taken by then President Harry S Truman. But it was a well-considered move, which is believed to have hastened the Japanese surrender. Military historians and others have questioned the logic of it and cited counter-evidence that it was a gratuitous use of force, and therefore it was immoral. Obama and his advisers must have pondered over the issue and they did not feel convinced that pleading guilty would undo the whole principle behind fighting the war.

Japan had been forced to admit the war guilt, but the people from South Korea and China through south-east Asia have neither forgiven or forgotten Japan’s war crimes against the people of this region. It remains an indelible scar in their collective memory. But there’s no taking away the fact that the destruction that was visited on Hiroshima and Nagasaki was no ordinary event. It was apocalyptic. It should make anyone anywhere shudder at the destructive potential of mankind. It poses a moral dilemma to every people and every leader and not just to the Americans and the Japanese. That is why, Hiroshima and Nagasaki should trouble every thinking person across the world. It goes much beyond Obama and Japanese Prime Minister Shinzo Abe, or even the Chinese. It cannot be confined to a local grouse among the apparent stakeholders in the region.