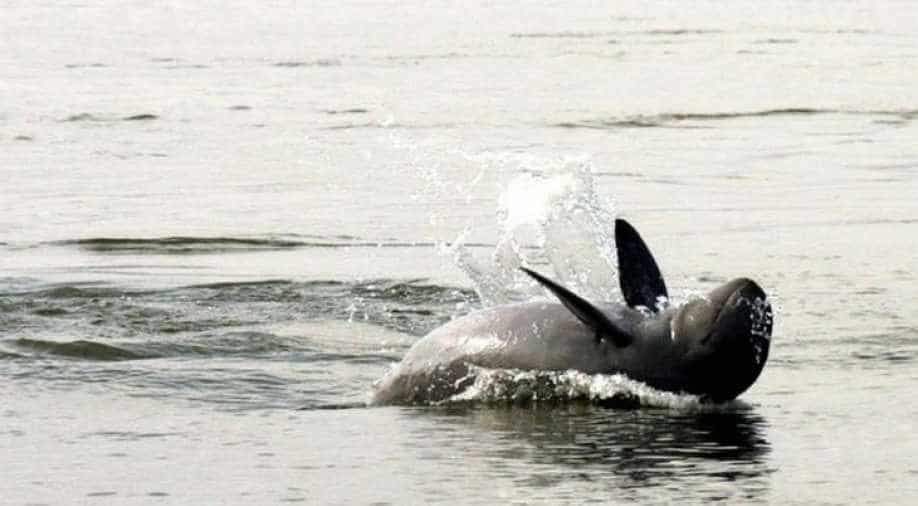 The controversial hunting method involves herding dolphins into a cove which is a bay with a narrow entrance that is sealed and then slaughtered by fishermen with knives in shallow water.

Just over a month after resuming whaling, Japan on Sunday began its controversial dolphin hunt in the whaling town of Taiji, Wakayama Prefecture.

The controversial hunting method involves herding dolphins into a cove which is a bay with a narrow entrance that is sealed. The dolphins are reportedly slaughtered by fishermen inside the cove with knives in shallow water.

Japan had announced in July that it was leaving the International Whaling Commission (IWC) and would resume commercial whaling from July 1. A global whaling moratorium was imposed in 1986.

Reports said the island nation had resumed hunting minke whales in the coastal areas off Hokkaido on Monday and is likely to reach the "catch quota" by month-end. The Abe government has reportedly set 1,700 dolphins to be killed or captured. The dolphin hunting season usually lasts for six months.

The Japanese government has apparently set a catch quota of 53 minke whales in order to prevent over-hunting, however, fishermen could reach the quota in September.

Whales are widely consumed in Japan amounting to roughly 40-50 grams per Japanese person a year although just over 300 people are directly linked to hunting.