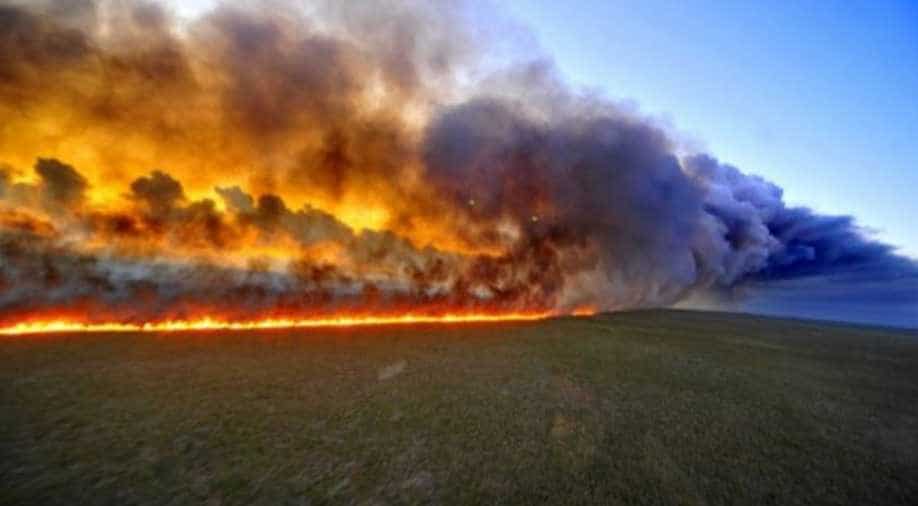 Bolsonaro claimed activist groups are whipping up an "environmental psychosis" in a bid to harm Brazil's economic interests.

"I am very concerned that this year has seen record levels of destruction of Amazonian forests by fire," he said in a statement.

"There is no way that Ireland will vote for the EU-Mercosur Free Trade Agreement if Brazil does not honour its environmental commitments."

Varadkar added Ireland "will monitor closely Brazil's environmental actions" over the next two years ahead of European Union ratification of the Mercosur deal.

Once in force, it will cover markets of 780 million consumers representing a quarter of global gross domestic product.

He also criticised the "Orwellian" stance of Brazilian President Jair Bolsonaro of laying the blame for the fires on environmental campaign groups and NGOs.

Bolsonaro has also claimed activist groups are whipping up an "environmental psychosis" in a bid to harm Brazil's economic interests.

Official figures have recorded nearly 73,000 forest fires in Brazil over the first eight months of the year -- the highest number for any year since 2013.

The majority of the fires were in the Amazon.

Environmental experts say the fires have accompanied a rapid rate of deforestation in the Amazon region.

According to data from the National Institute for Space Research (INPE), the process of deforestation quadrupled this July in comparison to the same month in 2018.

Varadkar's warning came as other world leaders voiced concerns over the fires.

French President Emmanuel Macron labelled it "an international crisis" and called on the G7 to address the matter at their weekend summit, while UN chief Antonio Guterres said he was "deeply concerned".

In Ireland, Varadkar is already facing pressure over the Mercosur deal from the agriculture industry, particularly beef farmers.

They fear their sector - already experiencing turbulence due to Brexit - will be undercut by opening EU markets to 99,000 tonnes of South American beef imports each year under the terms of the pact.