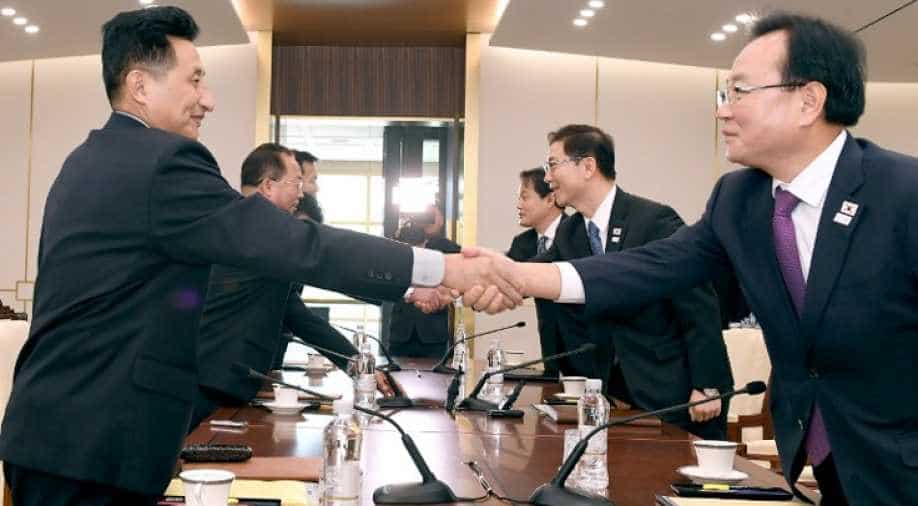 North Korean delegation members shake hands with South Korean members during their working-level talks at the South side of the border truce village of Panmunjom in the Demilitarized zones on January 17, 2018. Photograph:( AFP )

North Korea will send around 230 people as a single cheering squad to the Winter Olympics in the South next month, South Korea's unification ministry said in a statement after officials from the two Koreas held talks on Wednesday.

North and South Korea have been talking since last week regarding Pyongyang's participation in the Olympics. The ministry said the two sides exchanged opinions on several issues, including the size of the North Korean athletics team, joint cultural events and use of the Masikryong ski report in North Korea.

There were reports of both countries coming together to host a joint skating and ice-hockey team but it hasn't been confirmed.

Kim Jong Un regime had decided to send athletes, officials, performers including its famed skating team for Pyeongchang Games which is situated 80 kilometres from the Demilitarized Zone (DMZ).