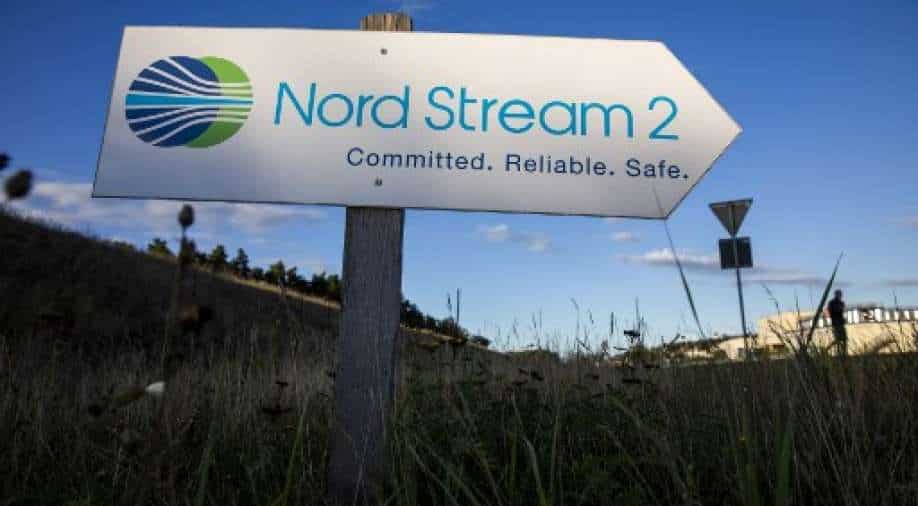 The pipeline is a source of tension with the US administration, which argues that it gives too much leverage to Russian President Vladimir Putin by increasing Europe's energy dependence on Russia

Germany could stop gas flowing through the almost-complete Nord Stream 2 pipeline from Russia if Moscow breaks the terms of the arrangement or uses it to put pressure on Ukraine, conservative chancellor candidate Armin Laschet said on Saturday.

The pipeline is a source of tension with the US administration, which argues that it gives too much leverage to Russian President Vladimir Putin by increasing Europe's energy dependence on Russia.

Gazprom and its Western partners have completed 95% of the pipeline to send natural gas under the Baltic Sea, bypassing Ukraine and depriving it of lucrative transit fees.

Armin Laschet, who is favourite to succeed his CDU party colleague Angela Merkel when she steps down as chancellor after September's election, said in a televised foreign policy debate that the 95%-complete pipeline should be finished.

But if Russia failed to stick to the rules, or used the pipeline against Ukraine, he said, "We can always discontinue this project, even after the pipeline is finished".

Finance Minister Olaf Scholz, chancellor candidate for the centre-left SPD, took the same line, saying: "Anything that impinges on gas transit and Ukraine's security has consequences for potential transit through the completed pipeline."

But Annalena Baerbock, the candidate for the environmentalist Greens, who are running second in opinion polls and could replace the SPD as the conservatives' junior coalition partner, repeated her opposition to the pipeline.

"Imagine a winter in Europe," she said. "We won't be able to say 'Now we don't have any more gas'. Mr Putin wants to destabilise not only Ukraine but us as Europeans."

Ukrainian President Volodymyr Zelenskiy made a recorded appeal to the candidates to guarantee his country's security and provide it with a path to membership of the European Union.

Both Laschet and Scholz said Ukraine was not the next priority for EU enlargement.