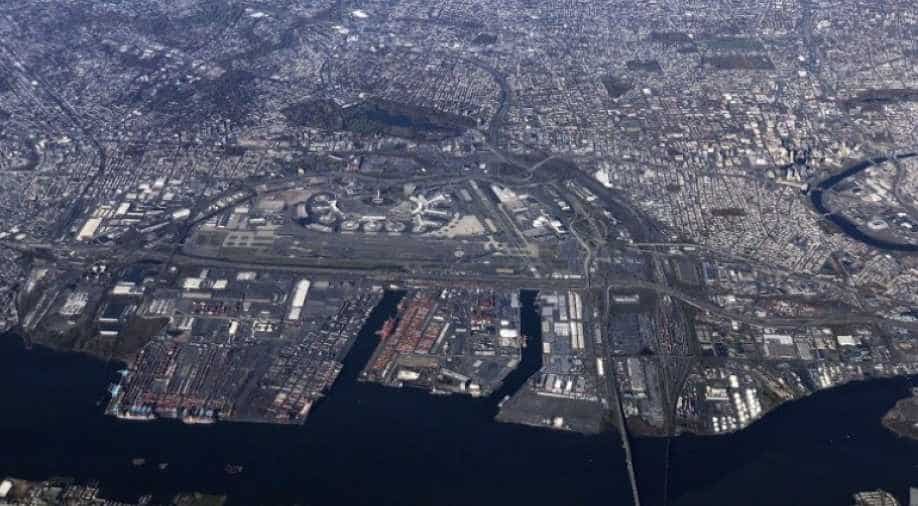 A spokesman from the Federal Aviation Administration (FAA) earlier said flights into Newark - the 11th busiest US airport - were briefly suspended after two drones were seen flying at 3,500 feet over nearby Teterboro Airport.

A spokesman from the Federal Aviation Administration (FAA) earlier said flights into Newark - the 11th busiest US airport - were briefly suspended after two drones were seen flying at 3,500 feet over nearby Teterboro Airport, a small regional airport about 17 miles away that mostly handles corporate jets and private planes.

The federal agency said information about the drone sightings was turned over to law enforcement.

The FAA's Air Traffic Control System Command Center briefly issued a ground stop at Newark citing "drone activity," according to a document posted on its website.

The Port Authority of New York and New Jersey, which operates both the Newark and Teterboro airports, later said on Twitter that normal operations had resumed and that it was coordinating with the FAA and law enforcement authorities as they investigate the incident.

United Airlines, the largest carrier at Newark, said it was aware of the reports of drone activity and was working with the airport and the FAA. It said the impact on its operations had been minimal.

The issue of drones impacting commercial air traffic has taken on new urgency after reports of drone sightings in the United Kingdom impacted air travel.

Earlier this month, flights from London’s Heathrow airport were halted for about an hour after a drone was sighted near Europe’s busiest air hub.

Gatwick Airport, London’s second busiest airport, was severely disrupted in December when drones were sighted on three consecutive days, resulting in about 1,000 flights being cancelled or diverted and affecting 140,000 passengers.

Both airports responded to the Gatwick incident by ordering military-grade anti-drone technology.

Earlier this month, the US Transportation Department proposed rules that would allow drones to operate over populated areas and end a requirement for special permits for night use, long-awaited actions that are expected to help speed commercial use.

The Trump administration noted there are nearly 1.3 million registered drones in the United States and more than 116,000 registered drone operators. But officials say there are hundreds of thousands of additional drones that are not registered.

The US Congress last year gave the Department of Justice and Department of Homeland Security new powers to disable or destroy threatening drones after officials raised concerns about the use of drones as potential weapons.

In September 2017, a small civilian drone struck a US Army UH-60M Black Hawk helicopter near Staten Island, New York. The helicopter landed safely but there was some damage.