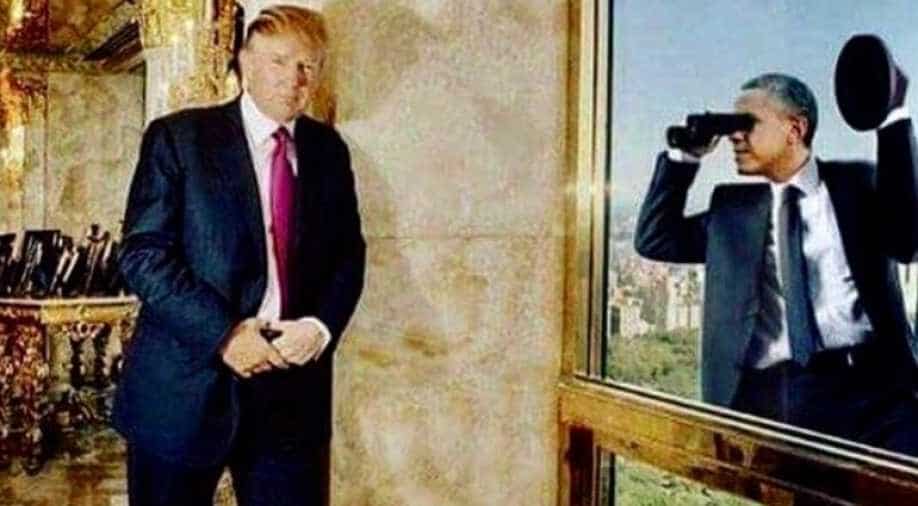 US President Donald Trump faced sharp reaction on Twitter after he shared a morphed image with former president Barack Obama on Friday.

As per the photograph, Obama is peeping through a window with binoculars as Trump posed opposite a wall.

However, the US president got a lot of angry reactions from the Twitteratis and some even hailed Obama.

do you have any idea just how ridiculous you are

#DonaldTrump will always be jealous of President Obama, and will never measure up. 😳

Has no reason to do that... 🤣 pic.twitter.com/o78WEQQJBr

Really should be the other way around, Dirty Don. Obama on the inside, u the perpetual outsider. Always looking in. Jealous. Feeling insecure & inadequate. Wanting to be "in" but knowing you never will be. Bc you're ignorant. Incompetent. A fraud. Easily exposed. Scared. #Trump

You are the BEST, sir! pic.twitter.com/HVafo7KTIx