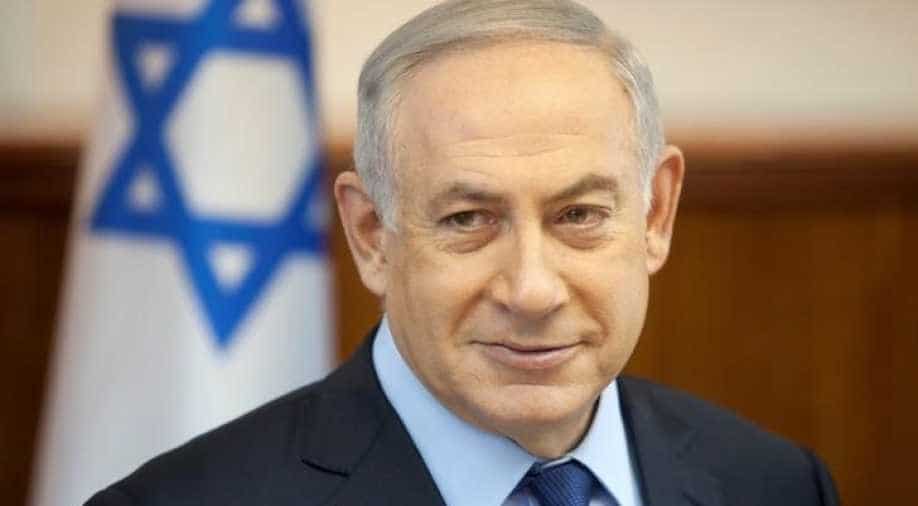 Benjamin Netanyahu has turned to a 14-year-old Arab peace plan in trying to project a softer image internationally for a new governing coalition in Israel widely seen as more hardline towards Palestinian statehood.

In what some political commentators and opposition politicians called spin but a spokesman for Netanyahu dubbed "an important development", the right-wing prime minister said on Monday the 2002 Saudi peace initiative had "positive elements", although some revisions would have to be made.

He drew attention to Arab countries' past offer of normal relations with Israel, in return for a full withdrawal from occupied territory, at a time when he is trying to counter a French push for an international conference on the Israeli-Palestinian conflict.

Netanyahu's partial embrace of the Arab plan comes after far-right politician Avigdor Lieberman was sworn in as defence minister in a broadened coalition on Monday, an appointment that has raised concern at home and abroad.

Israel fears it could face strong world pressure for concessions towards the Palestinians once foreign ministers, including U.S. Secretary of State John Kerry, convene in Paris on June 3 in preparation for a full conference in the autumn.

"The Europeans are gathering ammunition, the danger is real. (Netanyahu) is bracing for all this with a regional initiative that has cost him only words for now," political commentator Ben Caspit, a frequent critic of the Israeli leader, wrote in the Maariv newspaper.

"This can help advance negotiations on achieving a two-state solution," said Mladenov, who also referred to a public promise last week by Egyptian President Abdel Fattah al-Sisi of warmer ties with Israel if it accepted efforts to resume peace talks with the Palestinians.

Lieberman, who also spoke in English on Monday with an international audience in mind, said he concurred with Netanyahu's comments on the regional peace proposal. There was no immediate response from Arab countries.

A spokesman for the prime minister declined to discuss what changes Israel might seek in the initiative, which speaks of a "just solution" for Palestinian refugees but whose terms were softened in 2013 to include possible land swaps between Israel and the Palestinians.

Zeev Elkin, a minister in Netanyahu's cabinet, said on Israel Radio that any division of Jerusalem under the plan - Israel captured the eastern part of the city in the 1967 conflict - is "certainly not acceptable".

Netanyahu has also said Israel would never relinquish the strategic Golan Heights, territory it annexed in 1981 but which the world considers occupied Syrian land.