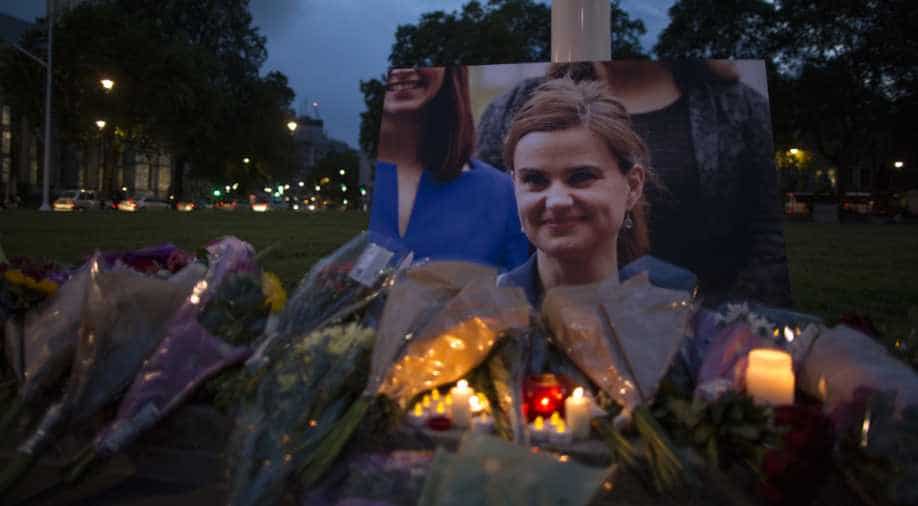 The court slammed Mair for having 'white supremacist beliefs' before reading out the verdict.? Photograph:( Getty )

Thomas Mair, who was charged with the murder of Labour lawmaker Jo Cox, has been sentenced to prison for the rest of his life.

The court slammed Mair, a Nazi-obsessed man with extreme right-wing ideology, for having "white supremacist beliefs" before reading out the verdict.

Mair had shot Jo Cox three times and repeatedly knifed her when the lawmaker had arrived in her northern English district to meet the people of her constituency.

During the June 16 attack, he shouted "Britain first" and "Keep Britain independent", his trial heard. When arrested he told officers he was a political activist and his only words in court were when he gave his name as "death to traitors, freedom for Britain", Reuters reported.

Cox's murder sent shockwaves throughout the UK as it occurred merely a week before the tumultuous European Union referundum.

Judge Alan Wilkie denounced Mair's action, saying: "It is clear ... that your inspiration is not love of country or your fellow citizens, it is an admiration for Nazism and similar anti-democratic, white supremacist creeds."

Mair however gave no explanation as to why he killed Cox, a mother of two and a former aid worker.

Mair was also convicted for stabbing a 77-year-old man who had rushed to the scene of murder to rescue Cox.

Cox had only been in parliament for little more than a year, after easily winning the seat for the opposition Labour party in the area where she grew up.

(Wion with inputs from Reuters)