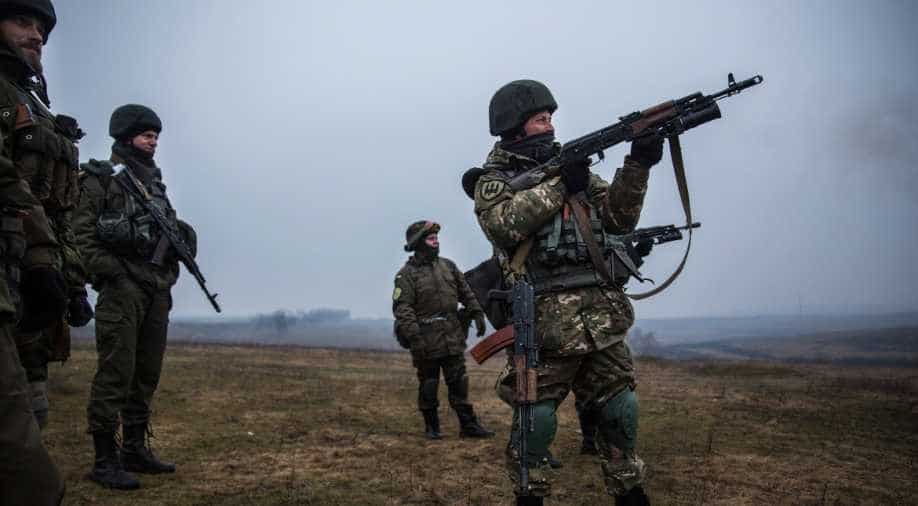 More than 9,600 people have been killed in the conflict in Ukraine since April 2014. Photograph:( Getty )

Opening talks between NATO and Ukraine foreign ministers today, Stoltenberg said the security situation "remains serious" and "hinders progress toward a political settlement." Stoltenberg says the cease-fire in Ukraine is being violated daily.

He said heavy weapons have not been withdrawn from the conflict zone as required by the Minsk peace agreement. A meeting last week of foreign ministers from Russia, Ukraine, France and Germany intended to shore up the shaky peace process ended without result.

Russia and Ukraine blame each other for the lack of progress in settling a conflict that has killed more than 9,600 people since April 2014.