NASA's Juno spacecraft strips Jupiter down to its underwear 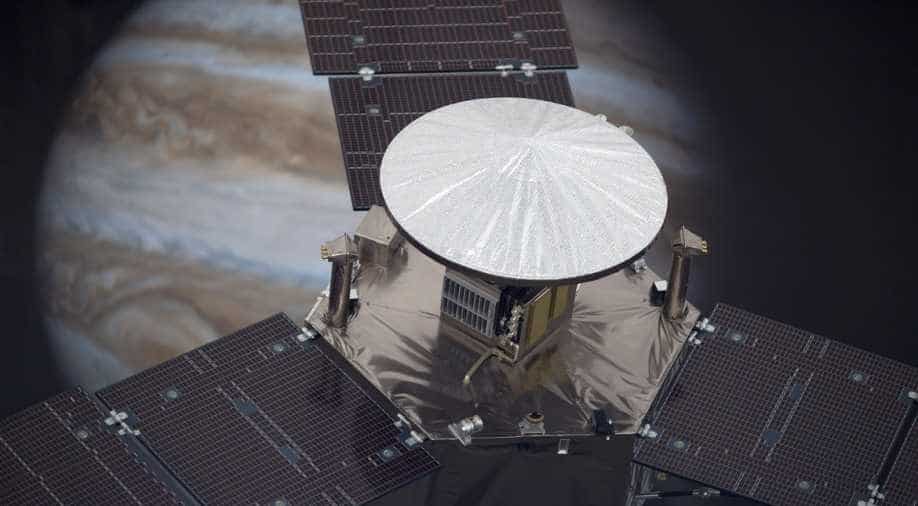 The interior of Jupiter is just as intriguing as the planet's dazzling surface, with a swirling mixture of liquid hydrogen and helium at its centre, vast atmospheric jet streams and exotic gravitational properties, scientists said on Wednesday.

Data from NASA's Juno spacecraft, orbiting the solar system's largest planet since 2016, is providing researchers with what they called unprecedented insight into Jupiter's internal dynamics and structure. Until now, scientists have had scant information about what lies below Jupiter's thick red, brown, yellow and white clouds.

"Juno is designed to look beneath these clouds," said planetary science professor Yohai Kaspi of the Weizmann Institute of Science in Israel, who led part of the research using Juno's new measurements of Jupiter's gravity.

"On Jupiter, a gaseous planet without a solid surface, we can only gather information from orbit," added aerospace engineering professor Luciano Iess of the Sapienza University of Rome, who also led part of the research.

Jupiter is a type of planet called a gas giant, as opposed to rocky planets like Earth and Mars, and its composition is 99 percent hydrogen and helium. Juno's data showed that as you go deeper under the surface, Jupiter's gas becomes ionized and eventually turns into a hot, dense metallic liquid.

The scientists said Jupiter's jet streams, related to the familiar stripes on its surface, plunge some 1,800 miles (3,000 km) below cloud level, and that its deep interior is comprised of a fluid hydrogen and helium mixture that rotates as if it were a solid body.

"The very centre may contain a core made of high-pressure and high-temperature rocks and perhaps water, but it is believed to be fluid as well, not solid," said planetary scientist Tristan Guillot of the Universite Cote d'Azur in Nice, another of the research leaders.

Juno's data showed a small but significant asymmetry between the gravitational field of Jupiter's northern and southern hemispheres, driven by the immense jet streams. The deeper the jets streams go, the more mass they contain, exerting a strong effect on Jupiter's gravitational field, Kaspi said.

The research was published in the journal Nature.