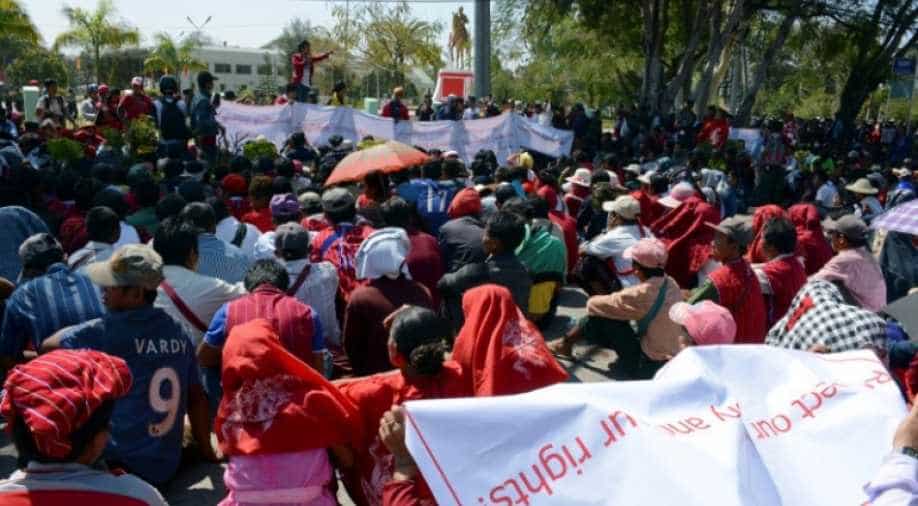 Protestors burned paper coffins and portraits of the city's chief minister, Myanmar's security and home affairs ministers, and the head of the university, calling for increased security around the students' compound.

Seven Myanmar students were sentenced to three months in jail with hard labour for burning portraits of officials in protest over campus safety, a student activist said Wednesday, the latest draconian response to rippling discontent with authorities.

Those jailed were among dozens enacting a mock funeral on December 28 calling for more security at a Mandalay university in central Myanmar after a student's murder near its campus.

They burned paper coffins and portraits of the city's chief minister, Myanmar's security and home affairs ministers, and the head of the university, calling for increased security around the students' compound.

Three people were arrested during the protest and four others were detained a few days later when they rallied for their peers' release.

The seven students were each sentenced to a total of three months in prison with hard labour for protesting without permission and arson, student leader Ei Mon Khin told AFP by phone from the court.

"They will be taken to Obo prison in Mandalay later," she said.

Time served will be deducted from their sentences, meaning they face a further one and a half months in jail.

This is one of several recent examples of a heavy-handed response to protests by authorities.

On Tuesday police fired rubber bullets and tear gas to disperse a crowd of several thousand in eastern Kayah state, the latest in a string of rallies against a statue of Aung San, father of civilian leader Aung San Suu Kyi.

He is widely revered by the majority ethnic Bamar (Burmese) population as an independence hero but is viewed critically among many ethnic minority groups, who see him as a symbol of Bamar domination.

Police agreed Tuesday evening to release dozens of arrested protesters in return for a suspension of the rallies while talks take place, state-run Global New Light of Myanmar reported, a development welcomed by rights groups.

"The government needs to break the trend now."