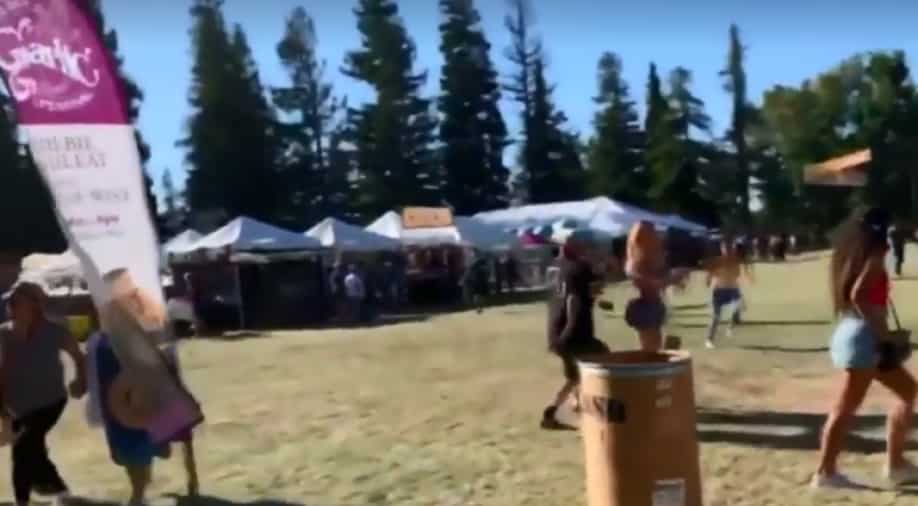 Police said the 'scene is still active' calling people to report to the reunification centre at Gavilan College to look for loved ones.

An "active shooter" was reported at a food festival in Gilroy, California on Sunday, police said, adding that were casualties.

Police said multiple casualties were reported in the shooting.

The authorities informed that the "scene is still active" calling people to report to the reunification centre at Gavilan College to look for loved ones.

Founded in 1979, the Gilroy Garlic Festival features food, drink, live entertainment and cooking competitions. It says it is hosted by volunteers and describes itself as the world's greatest summer food festival.

The festival was being held at the outdoor Christmas Hill Park, where weapons of any kind are prohibited, according to the event's website.

The hearts of Gilroy PD and entire community go out to the victims of today's shooting at the Garlic Festival. The scene is still active. If you are looking for a loved one, please go to the reunification center at Gavilan College at parking lot B. #GilroyActiveshooter

Witness line and family reunification line: 408-846-0583.
If you saw something today please call that number immediately.
Please keep the main GPD line for emergencies only.
Media please do not call that line. A media line will be posted soon.

NBC News reported that a white man in his 30s carried out the shooting with a rifle, however, it has still not been confirmed with the motive of the shooting still unknown.