Move over mammoths, a woolly rhino has been found well- preserved in Russian permafrost 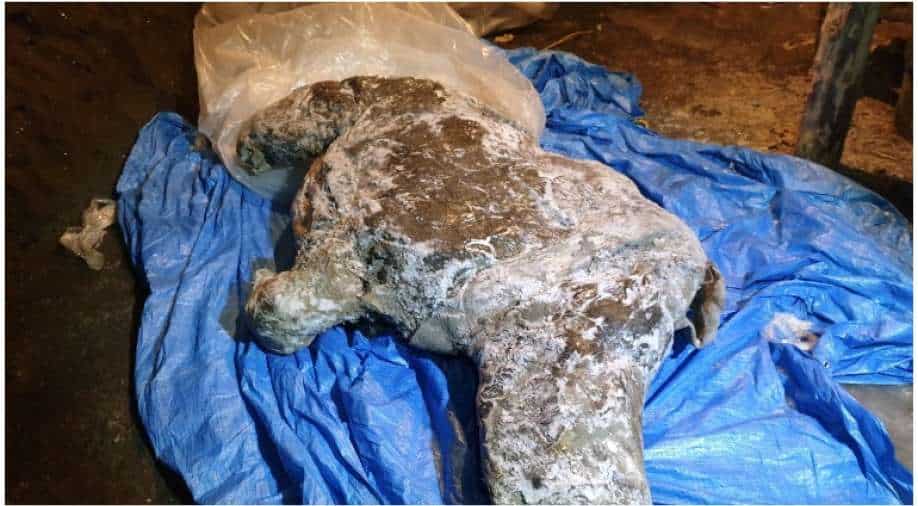 A carcass of a juvenile woolly rhinoceros, found in permafrost in august 2020 on the banks of the Tirekhtyakh river in the region of Yakutia in eastern Siberia, Russia, is seen in this undated handout photo obtained by Reuters on December 30, 2020. Department for the Study of Mammoth Fauna of the Academy of Sciences of the Republic of Sakha (Yakutia) Photograph:( Reuters )

Woolly rhinos roamed Siberian hinterlands in Russia about 12,000 years ago. And one of them has been found in diamond-producing region in Yakutia

When we say the words 'ice age' and 'woolly', the first image that captures our imagination is that of a huge animal with tusks and trunks. The imagery of Mammoths has been made popular by movies and documentaries. But its often hard to wrap our heads around an alive battletank covered in soft fluffy wool. Well, we need to get used to it. A woolly rhinoceros has been found well-preserved in Russian permafrost.

While its a bit alarming to note that permafrost in Arctic is melting fast thanks to global warming, the receding ice sheets are throwing up surprises that is furthering our understanding of nature.

Woolly rhinos roamed Siberian hinterlands in Russia about 12,000 years ago. And one of them has been found in diamond-producing region in Yakutia.

When a plant or an aninal is preserved in permafrost, or permanent ice sheets, has a great chance of being well-preseved for thousands of years. The woolly rhino found in Russia has been found with all its limbs, its wool, tusk and some organs preserved. This is a rarity for such a find.

Valery Plotnikov, a scientist was quoted by local media as saying that the rhino may have lived in late Pleistocene era that ended 11,700 years ago. There are marks on its tusk that suggest that it used it to find food.