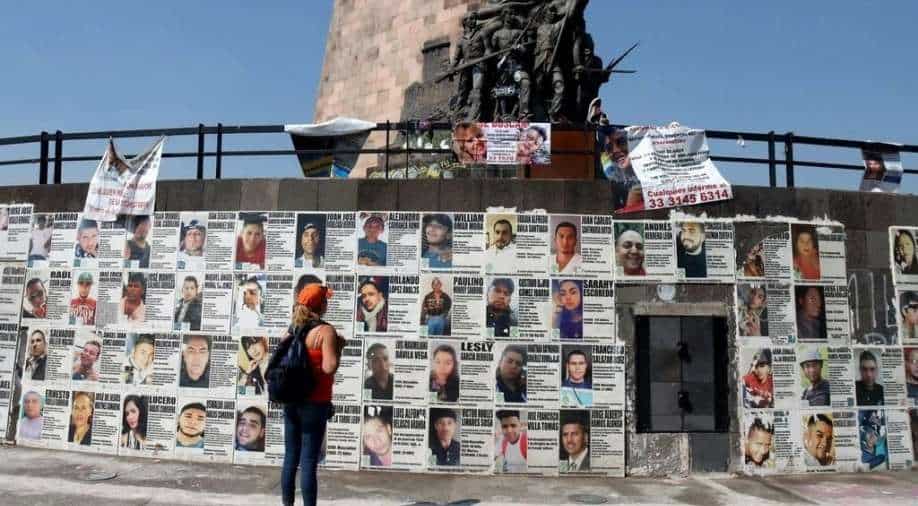 The figure has increased by more than 20,000 people in the past two years alone, the data shows

Over 100,000 people in Mexico are either reported missing or have disappeared, data from the Interior Ministry's National Registry of Missing People has revealed, prompting the United Nations rights chief to call it "a tragedy of enormous proportions."

The figure has increased by more than 20,000 people in the past two years alone, the data shows.

Only 35 of the disappearances recorded have led to the conviction of the perpetrators, UN High Commissioner for Human Rights Michelle Bachelet said in a statement Tuesday.

"No effort should be spared to put an end to these human rights violations and abuses of extraordinary breadth, and to vindicate victims' rights to truth, justice, reparation and guarantees of non-repetition," said Bachelet.

The UN committee in April had warned that Mexico was facing an “alarming trend of rising enforced disappearances."

Organised crime groups were mainly responsible for these disappearances, "with varying degrees of participation, acquiescence or omission by public servants," it said.

Mexican President Andres Manuel Lopez Obrador had rejected the UN report, saying that his government would not tolerate impunity or corruption.

Irate over slow progress in official investigations, several families of the disappeared have formed search groups and are scurrying through clandestine graves using picks and shovels, reports AFP.

It is reported that officials are collating a database of those who disappeared by collecting genetic samples, however, there have been cases of corpses buried without being identified because morgues are overflowing.

Authorities estimate that around 37,000 unidentified bodies are being held in forensic services, though civil organizations warn the number could be much higher.