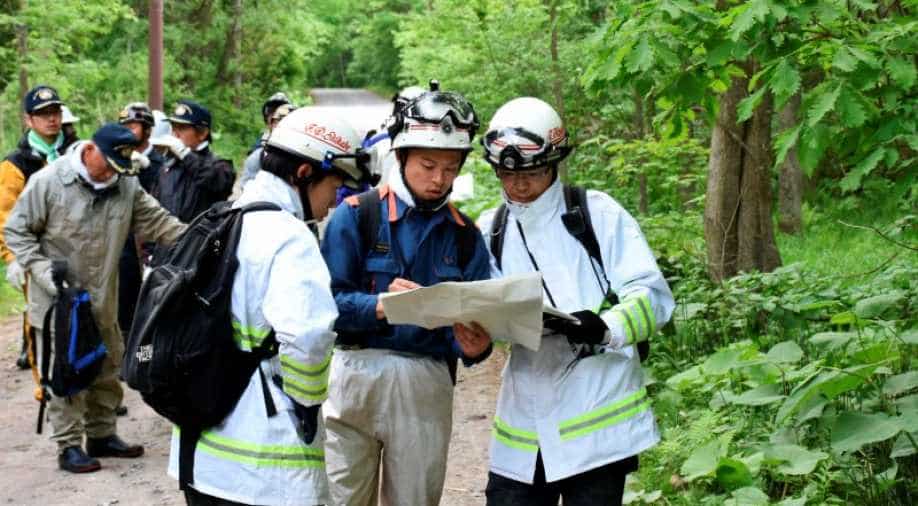 People search for a seven-year-old boy who went missing two days earlier, in Nanae town on the northernmost Japanese main island of Hokkaido, Japan, in this photo taken by May 30, 2016. Photograph:( Reuters )

Japan's military on Wednesday joined the search for a seven-year-old boyabandoned in a dense northern forest by his parents as punishment for being naughty.

Seventy five members of the Self-Defence Forces joined 200 police and civilians beating their way through thick brush in the mountainous forest on Hokkaido island.

A local hunter was also added to the search for Yamato Tanooka after fresh bear tracks were found in the area where he vanished on Saturday, Jiji news agency said.

The boy's parents first said he disappeared while they foraged for edible plants, but later told police they had left him by the road to discipline him after he threw stones at people and cars.

They said when they drove back a few minutes later the boy had disappeared. The area is so remote that residents of the region say they rarely go through it.

Despite the larger search party no leads turned up on Wednesday, with many worrying the boymight not have survived heavy rains which fell on Tuesday night. He was last seen wearing a t-shirt and jeans in an area where the overnight temperatures can fall as low as 7 Celsius (45 Fahrenheit).

The search has gripped Japan, with news programmes offering hourly updates, and thousands have taken to the internet to both pray for the boy's survival and excoriate his parents for what is seen as neglect.

"If I was a small child in this situation I would either run after the car or wait there until they came back. I just hope he is safely found," one person wrote.