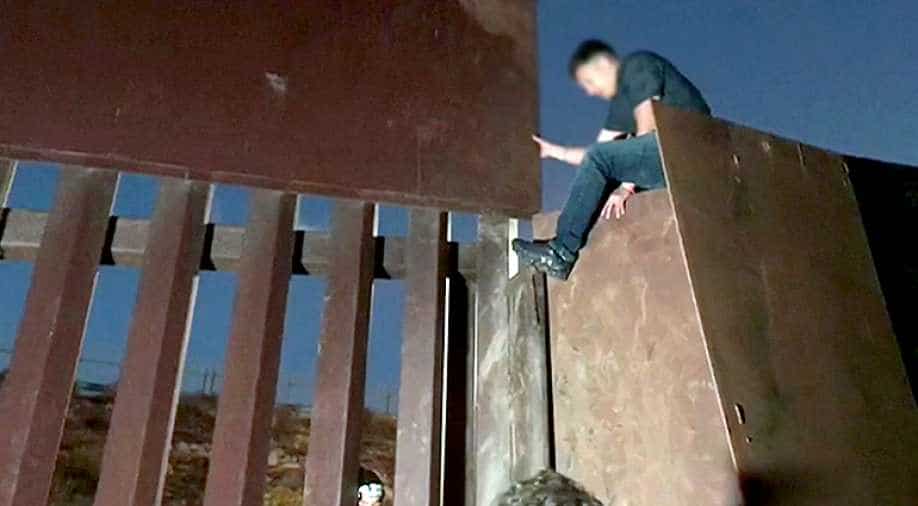 The migrants crossed illegally into the US as sirens were heard and a helicopter circled overhead.

A dozen Central American migrants were seen jumping over the border fence in Tijuana on Monday as the Border Patrol looked on from a distance.

The migrants crossed illegally into the US as sirens were heard and a helicopter circled overhead.

It is unclear what happened to the migrants once they crossed.

At least 6,000 migrants have descended upon the Mexican border city of Tijuana, just south of San Diego on the US side.

Most joined the caravan to find better job prospects in the United States.