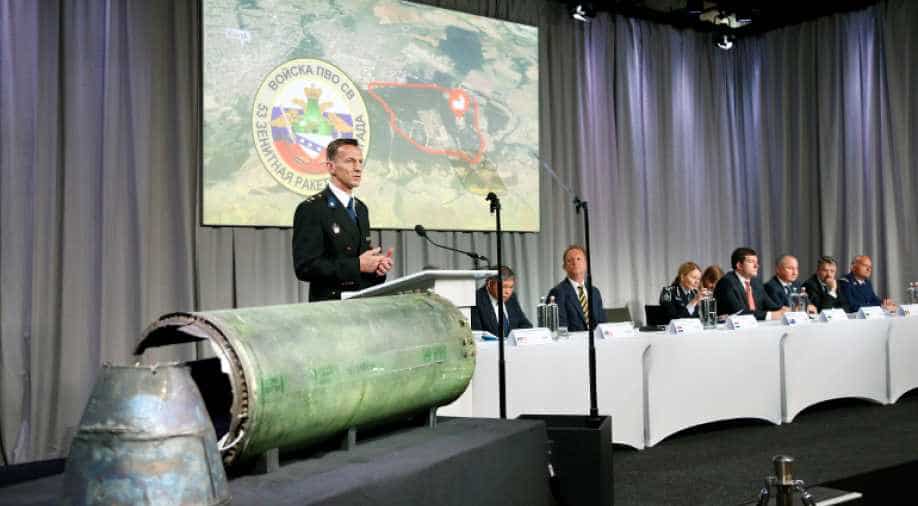 Dutch police officer Wilbert Paulissen, head of the National Crime Squad, is pictured next to a damaged missile during a news conference by members of the Joint Investigation Team, comprising the authorities from Australia, Belgium, Malaysia, the Netherlands and Ukraine, in Bunnik, Netherlands on May 24. Photograph:( Reuters )

Moscow said Thursday the findings by international investigators that a Russian missile unit brought down flight MH17 over Ukraine in 2014 were an attempt to discredit the nation.

"It is clear that these gratuitous accusations are an attempt to discredit our nation in the eyes of the international community," the Russian foreign ministry said.

Dutch prosecutors identified a Russian military unit earlier on Thursday as the source of the missile that shot down the plane, killing all 298 people onboard.

The ministry said the prosecutors' findings were based on fake data provided by bloggers.