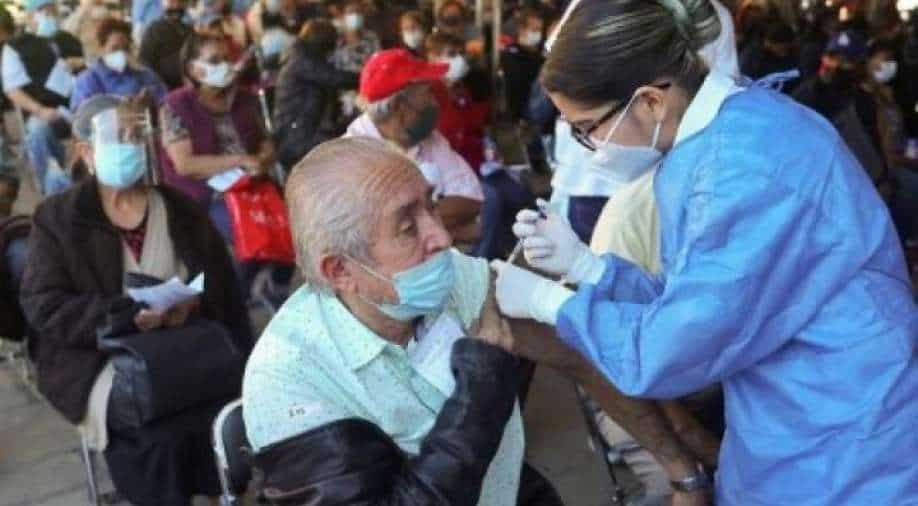 Relatively low testing rates in Mexico mean that many fatalities are not confirmed, but they may still appear in death certificates as suspected cases, experts say.

Mexico`s death toll from the coronavirus pandemic is likely at least 60% higher than the confirmed number, putting it in excess of 300,000, according to government data.

Updated figures https://coronavirus.gob.mx/exceso-de-mortalidad-en-mexico on excess mortality in a table published by Mexico`s Health Ministry showed that by the end of the sixth week of this year, 294,287 fatalities "associated with COVID-19" had been registered on death certificates in Mexico.

That figure did not coincide precisely with a specific day from the Health Ministry`s daily bulletins, but more than 25,000 COVID-19-related deaths have been reported since mid-February. As of Sunday, the ministry`s confirmed toll stood at 201,623.

The government has long said Mexico`s real tally of COVID-19 deaths is likely significantly higher than the confirmed toll, which is one of the highest worldwide.

Relatively low testing rates in Mexico mean that many fatalities are not confirmed, but they may still appear in death certificates as suspected cases, experts say.

The higher death toll estimate was based on a word search of death certificates that mentioned "COVID-19" and other terms relating to the pandemic, the ministry said.

Total excess deaths in Mexico during the pandemic stood at 417,002 by the sixth week of 2021, according to the data.